Royal Dutch Airlines posted the following image on its Twitter account in an attempt to demonstrate its support for homosexuality and the ‘Gay Rights’ movement. It came with the following tweet: “It doesn’t matter who you click with.”

Can you spot the problem?

The only configuration that “clicks” is the one at the bottom. Ther is no “click” with the male-to-male and female-to-female ends. In fact, that’s what the seatbelt ends are called — male and female — as in other industries. There is no gender fluidity in electronics. You plug the male end of a power cord into the female receptacle.

Trending: Are Fish in the Dead Sea an End-Time Prophetic Sign? You can try until hell freezes over and you will never be able to charge your phone without getting the male-to-female relationship right.

I can just see homosexuals trying to click the same ends together on a flight and protesting that it’s discriminatory to have to insert the male end into the female end.

I would love for some critic of homosexuality and homosexual marriage to ask, “What is homosexuality?” Don’t move on to the next question until there is a detailed statement of what homosexuals do. Two people of the same sex who love one another is not homosexuality. We celebrate Mother’s Day. It’s a day when children show their love for their mothers. Sex has nothing to do with it.

People love lots of people and things. Love is not a synonym for a sex act otherwise rape could be defined as an act of love. In fact, pedophiles consider sex with children to be an act of love. That’s what pedo (child) philia (love) means.

Homosexuality, not only is it immoral, it’s also irrational. First, the sexual equipment of people engaged in a same-sex relationship does not fit. If you don’t know what I’m referring to, I suggest a short course in biology.

Second, men and women were designed to be compatible sexually. Two men or two women engaged in a sexual relationship will never reproduce, and that also applies to women who claim to be men and have babies. The reason these confused transgenders can have babies is that they have the built-in sexual equipment. This type of experiential feedback should tell anyone engaging in the practice of homosexuality and gender fluidity that their sexual choices are irrational. Homosexual behavior is like sticking a square peg into a round hole over and over again and expecting a different result sometime in the future. I think it was Einstein who said that insanity is doing the same thing over and over again and expecting different results. 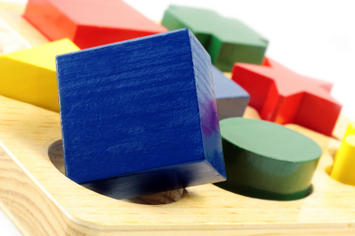 Fourth, when AIDS ravaged the homosexual community, homosexual activists worked overtime to maintain that there was no causal relationship between homosexual behavior and AIDS, and anyone who espoused a different opinion was publicly berated. Of course, that didn’t stop the deaths. This negative feedback did not stop them from engaging in the behavior that the medical profession was telling them transmitted the deadly virus that caused AIDS.

In reality, it does matter who you “click” with, otherwise, the world does not work. So as not to offend, flight attendants are instructed to tell the LGBTers to tie their belts in a knot.

Guess Why These Bakers Refused to Make This Kid's Cake