How We Are Being Duped by the Brian Williams ‘Apology’

Carl Becker wrote, “One of the first duties of a man is not to be duped.”

The Brian Williams apology tour (or non-apology as some claim)1 will be reimaged to mean that only one lie had been told by one journalist. Every other journalist has always told the truth. One lie by one journalist shows how the media can be trusted.

Williams might even lose his job over his big lie to show that those in the news media are “objective” truth tellers: When one of their own sins, there’s a penalty to pay. What a joke. Why is the Brian Williams’ lie story a news story? The mainstream media have been lying to us for decades and longer. It’s gotten so bad that jokes usually told of lawyers are being used on journalists: “How can you tell when someone in the media is lying? His lips are moving.”

It has taken Williams 12 years to make his apology. The reason for his mea culpa is because soldiers questioned the veracity of his often told story of how he was supposedly forced down by RPG fire during the invasion of Iraq in 2003.

Today’s media are the envy of every oppressive regime. They lie for the State, the State doesn’t have to pay them, and the majority of people who tune into their broadcasts and read their columns believe them!

Here are some very recent examples. The abortion march was hardly covered by the mainstream media. Not to report on a story that brought out tens of thousands of people is a lie. Why wasn’t it reported on? Because it would inform people that there is a counter position believed by tens of millions of people. 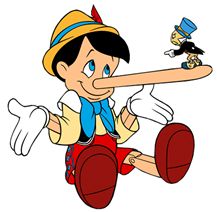 Consider this from Gallup CEO and Chairman Jim Clifton:

“The number of full-time jobs, and that’s what everybody wants, as a percent of the total population, is the lowest it’s ever been… The other thing that is very misleading about that number is the more people that drop out, the better the number gets. In the recession we lost 13 million jobs. Only 3 million have come back. You don’t see that in that number.”

Then there is the constant climate change hysteria without giving much attention to critics of climate change and so-called “settled science.” Again, failure to tell the whole story makes someone a liar.

Too many people believe that journalists simply “report the facts” devoid of biases, preconceived assumptions, or political agendas. This is hardly the case as James Davison Hunter points out in his book Culture Wars:

“In the very act of selecting the stories to cover, the books to publish and review, the film and music to air, and the art to exhibit, these institutions effectively define what topics are important and which issues are relevant—worthy of public consideration. Moreover, in the substance of the stories covered, books published and reviewed, art exhibited, and so on, the mass media act as a filter through which our perceptions of the world around us take shape. Thus, by virtue of the decisions made by those who control the mass media — seemingly innocuous decisions made day to day and year to year — those who work within these institutions cumulatively wield enormous power.”2

The fact that a story even gets on a thirty-minute news slot should make all of us question the notion of neutrality in reporting or in anything else. There is no such thing as pure, unfiltered, pristine news or history. All news and historical accounting is bias, whether liberal or conservative. It’s the result of how we want the world to be seen.3 Of course, the way we see the world is the right way to see the world. Anyone who sees the world in a different way is seeing it the wrong way. “Network anchor David Brinkley once admitted, ‘News is what I say it is — it’s something worth knowing by my standards!”4

William Proctor, a veteran reporter and author who has worked for the New York Daily News, explains that the “[media] gospel is rooted in a kind of secular theology that purports to convey infallible social, moral, and political truth — a truth that the paper [The New York Times] fervently promotes with all the zeal of the fieriest proselytizer.”5 Proctor describes the editorial and news-gathering policy at the Times as “Manhattan Fundamentalism,” “a well-defined but also rather rigid package of viewpoints which the paper disseminates widely to influence political, social, and personal beliefs and behaviors.”6

In 1986, Robert Bazell of NBC, admitted that “Objectivity is a fallacy. . . . There are different opinions, but you don’t have to give them equal weight.” Linda Ellerbee wrote that “There is no such thing as objectivity. Any reporter who tells you he’s objective is lying to you.”7

So when you see a new reporter, journalist, or commentator talking, it’s most likely that he or she is lying by not really knowing the story, leaving out important facts, or actually lying like NBC did in editing George Zimmerman’s 911 call. NBC called it an “error . . . in the production process.” And let’s not forget Dan Rather’s attempt to fabricate a story about George W. Bush. rather has come out in support of Williams, calling him “an honest decent man, an excellent reporter and anchor–and a brave one. I can attest that — like his predecessor Tom Brokaw — he is a superb pro, and a gutsy one.”

Brokaw says Williams should be fired, but Brokaw knew about the false story for some time.

These are stories where the perpetrators, like Brian Williams and Dan Rather, got caught. They’re the tip of the iceberg.

How the Internal Combustion Engine Saved the World

Are Jihad and the Crusades Morally Equivalent?

How We Are Being Duped by the Brian Williams ‘Apology’