I’m a writer by occupation and vocation. I write around 20 articles each month and publish them on GaryDeMar.com. I also write books – 32 since 1982. For each title, I need a cover. Often I can find a royalty-free image from my vast collection of images. Sometimes I hire an artist because I want something very specific. My book Wars and Rumors of Wars is a good example.

My new book The Real Truth About the Rapture needs a cover. The book American Apocalypse: A History of Modern Evangelicalism has a great cover that would work with the subject matter of my book. If you are interested in the history of prophetic speculation in the United States, American Apocalypse is a great place to start. 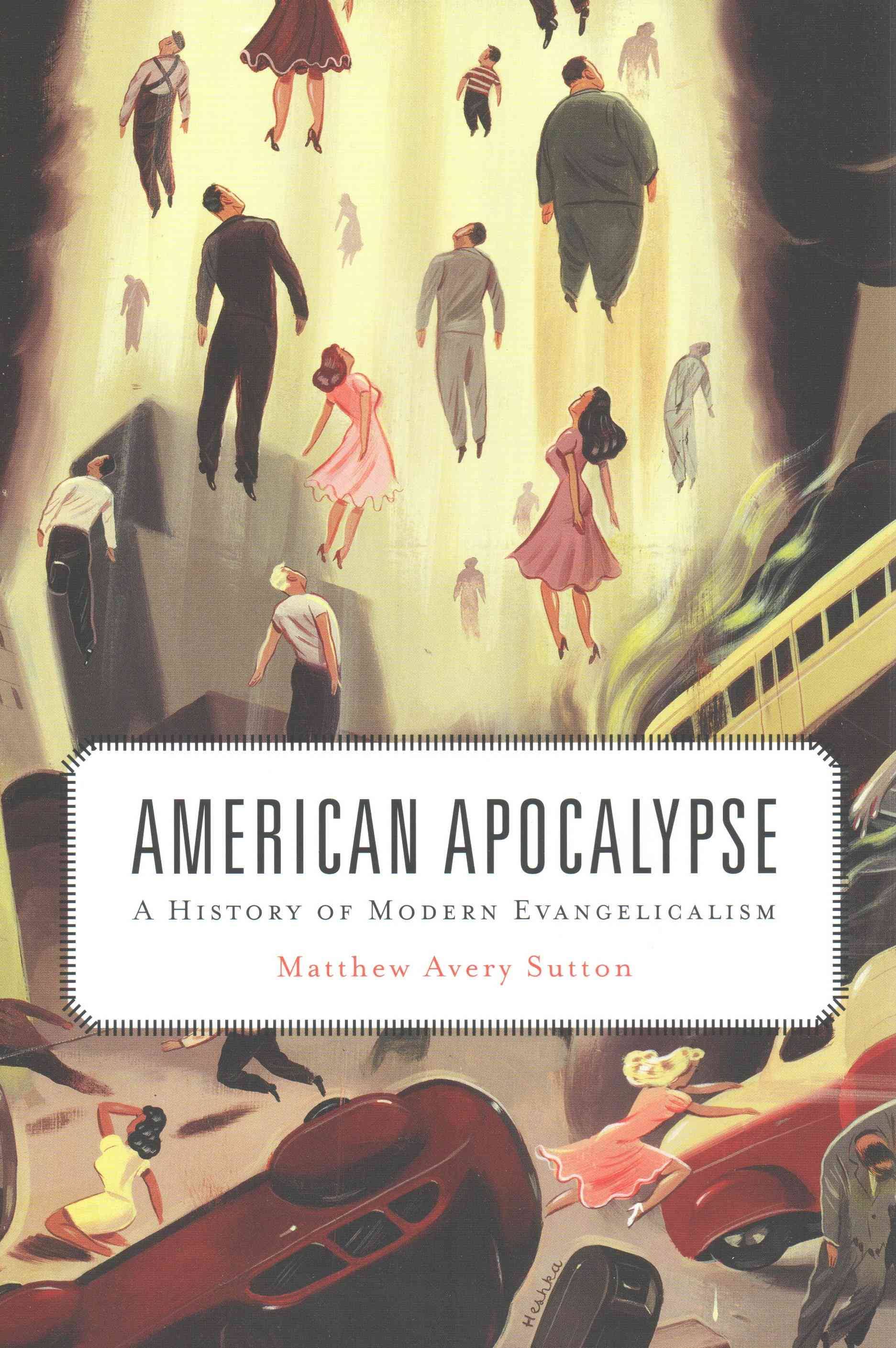 The painting used on the cover is titled “The Rapture.” It reminded me of the following detail from the cover of Action Comics #1, the first appearance of Superman. 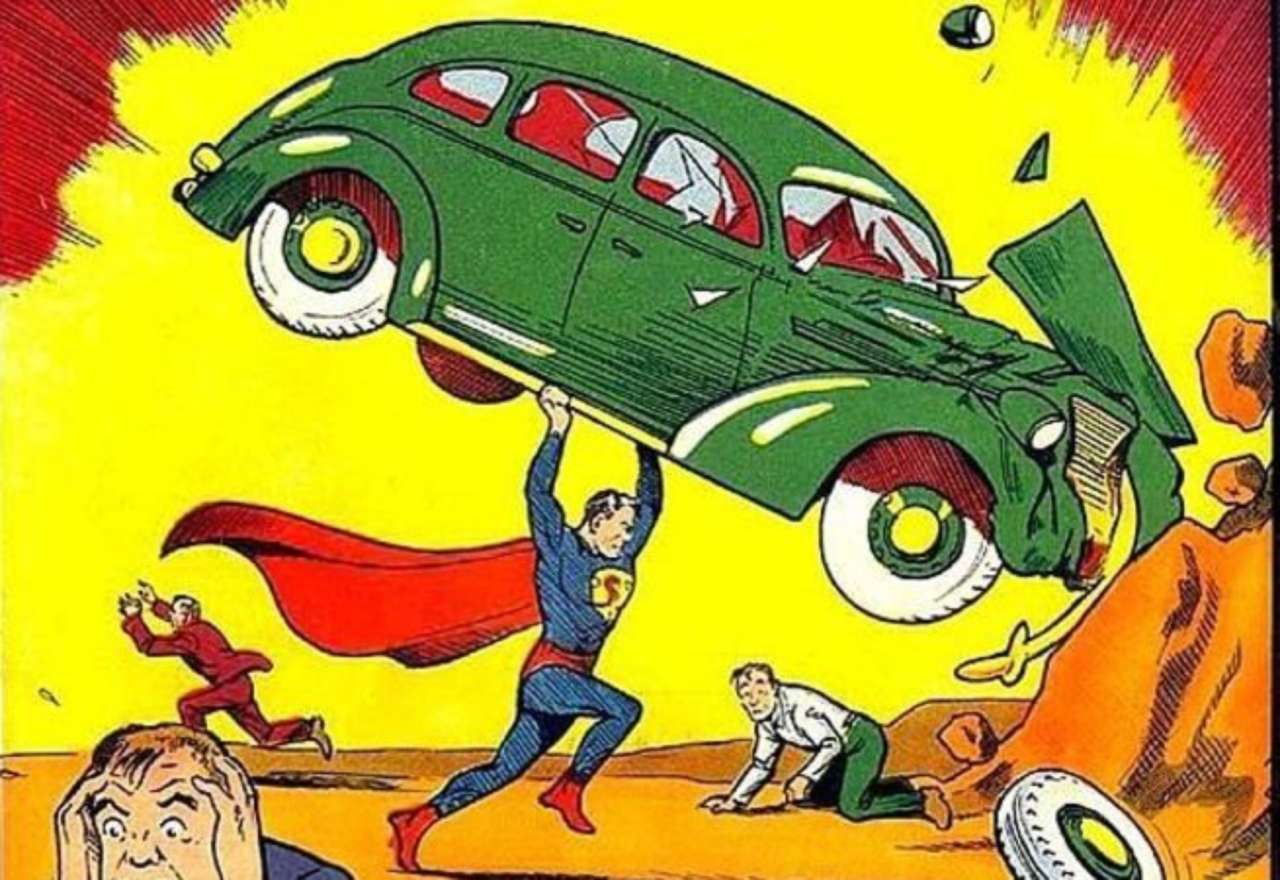 You can view the entire painting of “The Rapture” by Ryan Hershka here.

I contacted Mr. Hershka’s agent to find out how much it would cost to use a detail of the painting for my book. She wanted more information, so I sent her a copy of my book with the image included on the cover for her to see how much of the painting I would be using. Here’s her response:

Thank you for your interest in Ryan’s work, Gary.

Ryan does not want to be affiliated with any religion or religious beliefs or writings especially regarding his artwork.

I asked her why Ryan allowed his artwork to be used as the cover image of American Apocalypse? She told me that she was not Ryan’s agent when his work was used for the cover for American Apocalypse. I would like to hear Ryan’s response. He must have given permission for its use. Why that book and not mine? Is it because American Apocalypse does not advocate for a religious position?

As most of my readers know, there is a legal battle going on in the United States, Canada, and Great Britain regarding bakers, printers, photographers, and filmmakers who are protective of their art. Here’s the latest from Great Britain.

Jack Phillips has been harassed by the government for the same reason.

“But I don’t make every cake for every event.” It’s not just same-sex weddings: “I’ll sell anyone any cake I’ve got,” Phillips wrote in a letter to the Denver Post in 2016. “But I won’t design a cake that promotes something that conflicts with the Bible’s teachings. And that rule applies to far more than cakes celebrating same-sex marriages. I also won’t use my talents to celebrate Halloween, anti-American or anti-family themes, atheism, racism, or indecency.”

“I would like to get a quote on a birthday cake, for a special event,” the email request to baker Jack Phillips, sent Sept. 30 [2017] and exclusively obtained by The Daily Signal, reads. It continues: “It is a cake that is religious in theme, and since religion is a protected class, I am hoping that you will gladly bake this cake. As you see, the birthday cake in question is to celebrate the birthday of Lucifer, or as they [sic] are also known Satan who was born as Satan when he was cast from heaven by God.

The request for Phillips to quote a price for the cake also asks for an “upside down cross, under the head of Lucifer.”

Should Phillips be forced to make the cake? I suspect that most people would say no. What if it’s a cake for a same-sex wedding with a satanic theme?

A Muslim-owned bakery was asked to bake a cake for a same-sex wedding. The owner refused. Why wasn’t any legal action taken? Should a printing company owned by homosexuals be forced to make t-shirts for an anti-gay marriage event? These lesbians said no.

These anti-discrimination laws are not just about religion. Everyone should be protected from being forced to comply to the shifting sands of government defined rights.

“The request for Jack to make a cake celebrating Satan proves the danger of using these kinds of laws to force people in the artistic profession to create artwork that violates their beliefs,” Jeremy Tedesco, a senior counsel at Alliance Defending Freedom, told The Daily Signal in a phone interview….

“If the government has the power to force Jack to create cakes and engage in artistic expression that violates his beliefs, it has that power over all of us. That’s why you can be for same-sex marriage, but you can also be for, and should be for, Jack Phillips to prevail in this case.

Ryan Hershka has every right to refuse me the use of “The Rapture” painting for any reason. It’s his painting. No government should force any artist to sell or rent his/her talents because some group has raised a fuss. There are other bakers and other artists. Take your business elsewhere as I will take mine.

Sweet Cakes by Melissa was fined $135,000 for acting in terms of the owner’s personal beliefs in the same way a black printer would be within his rights to refuse to print signs for a pro-KKK rally, or a Jewish baker would be within her rights to refuse to bake a cake for a Nazi-themed wedding or Ellen DeGeneres who does not want to have someone on her show who is critical of same-sex sexuality. Each of them should have the freedom to refuse support doe a view he or she does not agree with. But only Sweet Cakes by Melissa was fined.

The Supreme Court has taken up Jack Phillips’ case. It should be a 9-0 decision in favor of Phillips and other persecuted artists. But the law is now in the hands of jurists, some of whom have lost the ability to think straight. Don’t be surprised if the decision is 5-4 against Phillips. Ruth Bader Ginsburg has already shown her bias by marrying same-sex couples. She should recuse herself, but she won’t.