Did You Know that There are Two Versions of ‘Baby, It’s Cold Outside’?

Once again, the PC moguls are looking for new vistas to conquer. It began with Charlie Brown’s Thanksgiving and moved to Rudolf the Red-Nosed Reindeer to The Little Mermaid and most recently Veggie Tales.

This time the song “Baby, It’s Cold Outside” from the 1949  film Neptune’s Daughter, starring Esther Williams, Ricardo Montalbán, Red Skelton, and Betty Garrett is on the chopping block.

Some radio stations are refusing to play it because of a few complaints from the SJW crowd.

It seems “Baby, It’s Cold Outside” is about rape. Ricardo Montalbán is trying to seduce Esther Williams by forcing her to stay with him because it’s cold outside:

The song was written by Frank Loesser in 1944. “It is a call and response duet in which a host, usually performed by a male voice, tries to convince a guest, usually performed by a female voice, that she should stay the evening because the weather is cold and the trip home would be difficult. … Loesser wrote the song for his wife and himself to perform at parties. He sold the song to MGM, which used it for the 1949 film Neptune’s Daughter. It was sung by Esther Williams and Ricardo Montalbán and won the Academy Award.

Since 1949 it has been covered by many singers, including Ray Charles, Michael Bublé, Sir Tom Jones, and Dolly Parton.

What people don’t know is that there are two versions of the song in Neptune’s Daughter. “In the movie, it was about a man pursuing a woman and a woman pursuing a man. It was sung in both directions. It was not about a male predator,” USC Professor Karen North said. “She specifically addressed the ‘What’s in this drink?’ line, saying it’s not about a date rape drug being put in a drink, it’s about a woman’s excuse because she’s had too much to drink and is referring to alcohol.”

The following images show the comparison.

Are we to assume that Betty Garrett’s character wanted to rape Skelton’s character? 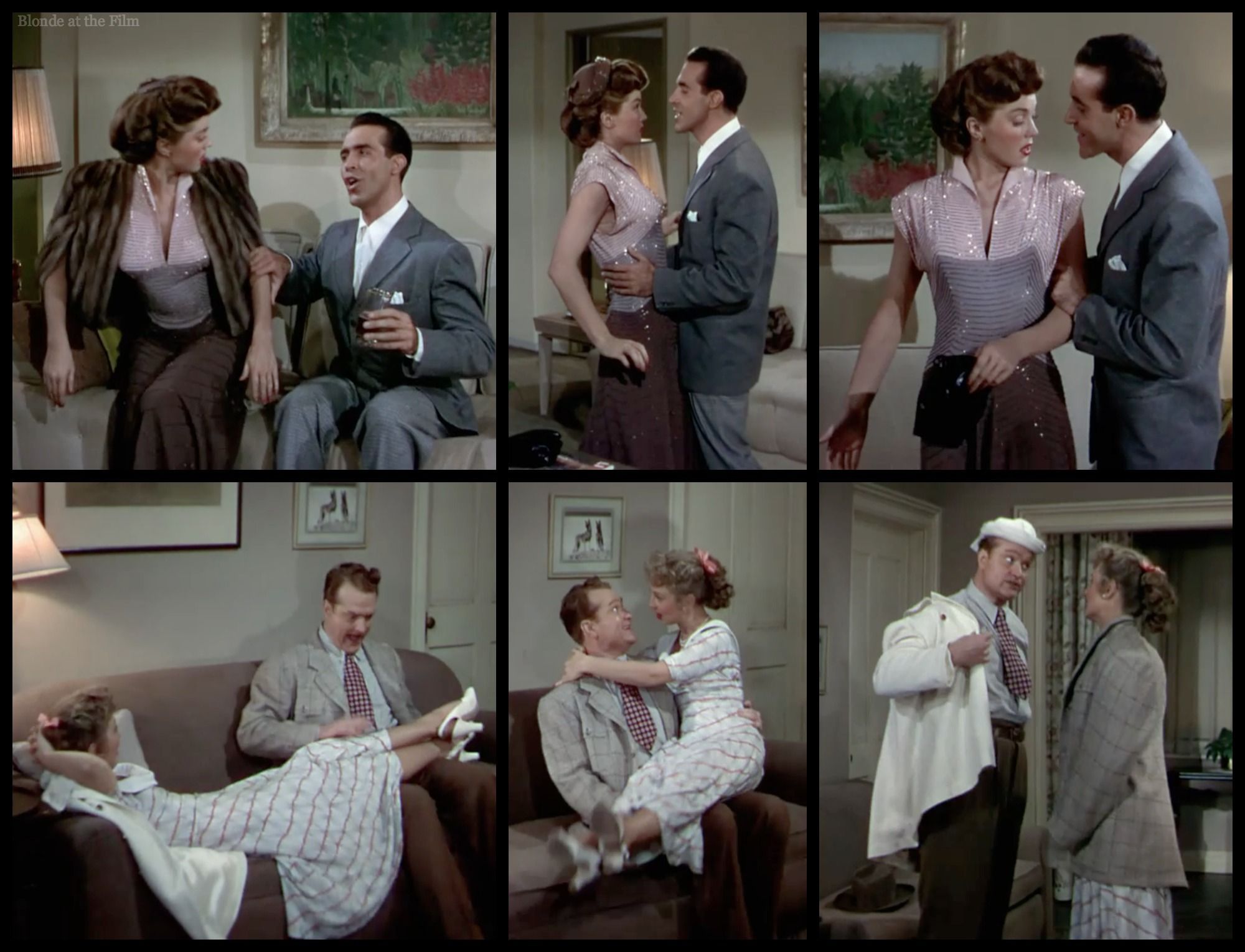 Did You Know that There are Two Versions of ‘Baby, It’s Cold Outside’?