“I would refuse to go to a homophobic heaven … I mean I would much rather go to the other place,” Tutu said. “I would not worship a God who is homophobic and that is how deeply I feel about this. — Desmond Tutu

Fill in any liberal cause, everything from government theft (progressive taxation) to abortion on demand (pre-meditated murder) and you get some idea of the extremism of liberalism. Tutu demonstrates that liberalism is an anti-religion that manifests itself as being deeply religious. It has its own high priests (liberal pundits like himself), inspired texts (Darwin’s On the Origen of Species, Dawkins’ God Delusion), and sacraments (abortion and same-sex sex). Heaven becomes hell and hell heaven.

Desmond Tutu is a retired Anglican bishop best known as an opponent of South African apartheid. This is how Wikipedia describes him:

“Tutu’s admirers see him as a man who since the demise of apartheid has been active in the defence of human rights and uses his high profile to campaign for the oppressed, though his consistent opposition to Israel and the United States has made him controversial.”

Tutu has been a longtime advocate of same-sex sexuality. In an interview with BBC Radio on November 18, 2007, Tutu declared: “If God, as they say, is homophobic, I wouldn’t worship that God.” He stated at the launching of the book Sex, Love and Homophobia: Lesbian, Gay, Bisexual and Transgender Lives (A-Z) that homophobia is a “crime against humanity” and “every bit as unjust” as apartheid. 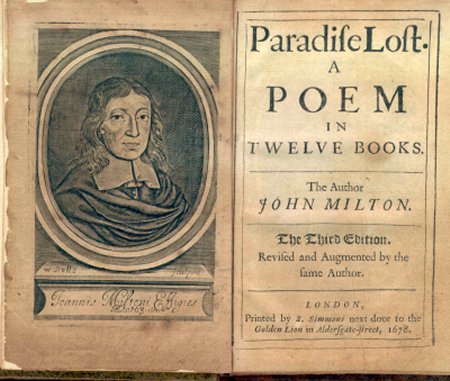 Tutu reminds me of Satan in Milton’s Paradise Lost: “Better to reign in Hell, than serve in Heav’n.” The problem with Tutu’s ultimatum is that God is in charge of heaven and  hell. Hell is not a separate realm over which its occupants have control. They will still be ruled by God, and God will set the rules even in hell.

There are other points to consider.

First, God is not “homophobic.” God doesn’t fear anybody or anything.

Third, the biblical and biological norm is heterosexuality (Gen. 1:27–28; 2:18–25; Matt. 19:4). We were designed for heterosexuality. No amount of sexual reimaging or redefining, as the editors of the Oxford Dictionary are about to do, will change that fact. In order to force compliance to this moral evil, governments will have to impose negative sanctions in the name of “hate speech.”