Multimillionaire Barbra Streisand has written, “By the way, if not for Republicans austere budget cuts, the NIH [Nation Institute for Health] could have possibly had an Ebola vaccine by now.” I wonder how much she’s donated to an Ebola vaccine? Mark Zuckerberg  and his wife donated $25 million in the fight against Ebola. The Christian Science Monitor has the audacity to ask “How Much Can it Help?”

If he wanted to, Zuckerberg could fund half of the NIH budged and still be worth $15 billion.

There have been others. Director of the National Institutes of Health Dr. Francis Collins, also claimed that “budget cuts hurt the agency and seriously hampered the development of an Ebola vaccine.”

Is this true? Not by a long shot:

“Attached [at this link] is a CRS [Congressional Research Service] analysis of the actual NIH budget for the last several years in inflation adjusted (real) dollars. It’s worth noting that after the Republican takeover in ’94, the NIH budget rose until the Dems took over Congress in 2006. The Pelosi/Reid Congress was the first to flatline the NIH budget in nominal dollars. If they’re not careful, someone might notice, take the Dems at their word that the decreasing NIH budget is the reason we don’t have Ebola drugs yet, and blame the Democrats.

There’s more to consider, especially when you file your taxes. I just filed mine on October 15th, and I almost pulled out what little hair I have left when I considered how my hard-earned money is going to be flushed down the political toilet, much of it by the NIH.

“We have people who go blithely on TV and say ‘we don’t have enough money to study Ebola.’ Have you seen what the NIH spends money on?” [Rand] Paul said at a rally for Republican Senate candidate Ed Gillespie and House candidate Dave Brat. ‘Nine hundred and thirty-nine thousand dollars spent to discover whether or not male fruit flies would like to consort with younger female fruit flies. $117,000 spent to determine that most monkeys are right-handed and like to throw poop with their right hand apparently.” 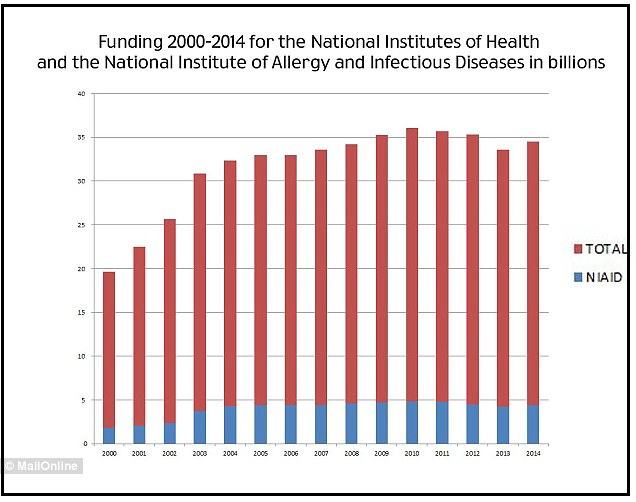 Here’s a long list of of wasteful spending that happens without a care from either party. There’s so much misspent money at the NIH that it boggles the mind and makes the blood boil when someone claims that the agency needs more money:

“Part of a $666,000 NIH grant supported a University of Buffalo researcher who determined that watching sitcom reruns like ‘Seinfeld’ or re-watching old movies helps older people feel re-connected with pseudo-friends from their past. 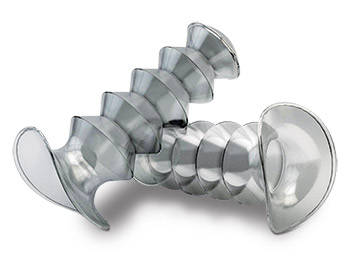 Orgami Condoms: Our Tax Dollars at Work at the NIH

“Another outlay of $181,000 went to University of Kentucky researchers who studied how cocaine use ‘enhanced’ the sex drive of the Japanese quail.”

“It took a different NIH department to see the value in giving a University of Missouri team $548,000 to find out if 30-something partiers feel immature after they binge drink while people in their mid-20s don’t.

A generous $610,000 paid for a 120-nation survey to determine how satisfied people in different countries are with their lives.

A staggering $1.1 million funded research into how athletes perceive their in-game surroundings, including one Purdue University study that discovered golfers can putt 10 per cent better if they imagine the hole is bigger.

And $832,000 went to learn if it was possible to get uncircumcised South African tribesmen into the habit of washing their genitals after having sex.

The federal government collected three trillion dollars in tax revenue. I have no doubt that that three trillion could be cut to $1.5 trillion and no one would notice, except maybe the poop-throwing monkeys.