Capitulation to mindless political correctness — in the name of pluralism and toleration (unless you oppose same-sex sexuality, then there is no toleration for you) — is happening everywhere. A college president has apologized for saying that “All lives matter.” Can you imagine such intolerance? It’s a galloping epidemic.

Now we’re learning that in the name of tolerance, anybody espousing any religion is permitted to “pray” at city council meetings. To whom or what do atheists pray? To themselves? This would never work, so atheists are manufacturing mock prayers. I hope they do more of it. They’re only showing what absolute idiots they are. 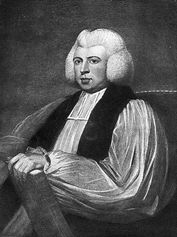 Atheists should be reminded that the first Congress hired Christian chaplains for the Senate and the House of Representatives.

“Shortly after the Senate first convened in April 1789 in New York City, one of its ‘first orders of business’ was to convene a committee to recommend a Chaplain, selecting the Right Reverend Samuel Provoost, Episcopal Bishop of New York. When the Senate moved to Philadelphia the next year, the Right Reverend William White, that city’s Episcopal bishop was selected.”

There were no constitutional issues with having paid Christian chaplains. It was in 1789 that the First Amendment was added to the original body of the Constitution, the same year that the chaplain system was inaugurated.

Here’s what we’ve become. A city council meeting in Lake Worth, Florida, was opened with a prayer by atheist Preston Smith. Here is what he “prayed”:

“Mother Earth, we gather today in your redeeming and glorious presence, to invoke your eternal guidance in the universe, the original Creator of all things.

May the efforts of this council blend the righteousness of Allah with the all-knowing wisdom of Satan.

“May Zeus, the great God of justice, grant us strength tonight. Jesus might forgive our shortcomings while Buddha enlightens us through His divine affection. We praise you, Krishna, for the sanguine sacrifice that freed us all. After all, if Almighty Thor is with us, who can ever be against us?

“And finally, for the bounty of logic, reason, and science, we simply thank the atheists, agnostics, Humanists, who now account for 1 in 5 Americans, and [are] growing rapidly. In closing, let us, above all, love one another, not to obtain mythical rewards for ourselves now, hereafter, or based on superstitious threats of eternal damnation, but rather, embrace secular-based principles of morality — and do good for goodness’ sake.

Exactly! If there is no god, then so what?

Four of the commissioners walked out.

“Without a directing agent — a conscious, powerful planner — the concept of purpose is meaningless. Modern science denies the doctrine of transcendent cosmic personalism, so it also has to deny teleology [purpose], except with reference to the goals of man or men. It is man, and only man, who has brought purpose into the rationalist’s universe.”1

Of course, Preston Smith is trying to make the point that in a pluralistic society, you get pluralistic religion. If one religion is permitted, then all religions should be permitted. Since nobody wants this, it’s best, atheists contend, not to have any religion.

We find this comment by Hemant Mehta, the editor of the “Friendly Atheist” site, about the mock prayer:

“To be sure, Smith’s invocation is not the one I would’ve given, but that’s not the point. The point is that if the commissioners aren’t happy with this, there’s a simple solution: Do away with invocations altogether. Stop wasting time with prayer and get down to business. Otherwise, they should expect more of these in the future.”

The acknowledgment of no God is considered to be “neutrality.” On what basis, therefore, are fundamental decisions of morality and law going to be made given the operating assumptions of atheism? On what basis, given naturalistic and materialistic presuppositions, should anybody be “friendly,” “loving,” or “good”? What’s ultimately “rational” and “logical” in a matter-only world?

One person’s “goodness” could be another person’s evil. The men who outlined what became the holocaust believed that what they were planning was for the sake of “goodness.”

If there is no God, then all things are permissible. Who’s to say otherwise? The person with the bigger club or the most powerful group.

Who cares if “justice” was not done in the Michael Brown and Eric Garner cases? In fact, in the world of atheism, there is no such thing as justice since justice is not a “thing,” and therefore can’t exist. How does an atheist account for “justice” in the confines of a person’s DNA? Bags of meat and bones animated by an electrical charge that evolved from a bath of chemicals billions of years ago have no reliable basis to claim that any act is just or unjust.

As Nicolas Cage’s character in the 2009 film Knowing says, “There is no grand meaning, there is no purpose. I think s**t just happens.”

The Friendly Atheists are borrowing from the Christian worldview in order to account for being friendly, loving, and just. If a group of atheists were ever fully consistent with their worldview, the result would be moral chaos, but it could never be defined as chaos.

The day may come when an atheist might need some basis for morality beyond what evolved entities concoct, and there won’t be any place to make an appeal for final moral rectitude. Then what? To whom or what does he appeal?

To Liberals All Lives Don't Matter, Not Even Black Lives Matter