Chelsea has stepped into another Twitter minefield. She has compared support for Confederate War memorials to setting up a statue of Lucifer in churches. Here’s what she wrote:

“The story of Lucifer who rebelled against God — is part of many Christians’ traditions. I’ve never been in a church with a Lucifer shrine.”

Here’s what she said in an interview:


I find it quite insulting sometimes when people say to my mom, my dad or me . . . that they question our faith. I was raised in a Methodist church and I left the Baptist church before my dad did, because I didn’t know why they were talking to me about abortion when I was 6 in Sunday school — that’s a true story.

Maybe because abortion is evil and leads to the death of unborn children and the Bible makes this point in clear terms and it’s the job of the church to teach what the Bible teaches.

Chelsea goes on in the interview to argue that her reading of the Bible supports abortion.


I recognized that there were many expressions of faith that I don’t agree with and feel quite antithetical to how I read the Bible. But I find it really challenging when people who are self-professed liberals kind of look askance at my family’s history.

In her reading of the Bible, where do she and her mother find support for abortion? Inquiring minds want to know. If she needs some help, she can read “Aborting a Bad Argument.”

Let’s apply her analogy to her mother. Her mother supports abortion-on-demand, as does Chelsea. You may recall that she stopped going to a Baptist church when she was six-years-old when she learned that her church opposed abortion

Abortion kills unborn babies, and yet there are statutes and paintings of Chelsea’s parents here and there. Is that like putting a statue of Lucifer in Churches? Forced servitude was and is immoral, but killing unborn babies is worse. Let’s not forget that black unborn babies are killed at a higher percentage than white unborn babies. A number of black pastors have described it as “black genocide,” a description that Jesse Jackson once used.

Slavery was legal when the Civil War was fought. Liberals argue that the war was fought to end slavery.

Chelsea could argue thusly: “But unborn babies are not persons and therefore are not protected as persons under the Constitution.”

As I point out above, the Bible regards unborn babies as persons, as “children.”

Unborn babies are persons like African slaves were persons. Are we to believe that Chelsea did not regard her unborn child a person until she was born? When her friends asked, “When is your baby do?,” she did not say, “It’s not a baby yet.”

Black people were not considered “persons” in the legal sense prior to the Civil War. First, liberals often argue that the Constitution, with its “three-fifths of a person” clause, relegates blacks to less than full personhood. (This is untrue, but I’m using the “three-fifths” argument because Democrats often use it to invalidate the authority of the Constitution.) Justice Roger B. Taney, then chief justice of the Supreme Court, joined the 7-2 majority in the Dred Scott v. Sandford (1857) and stated that the “negro race” was “a separate class of persons” without constitutional personhood rights. 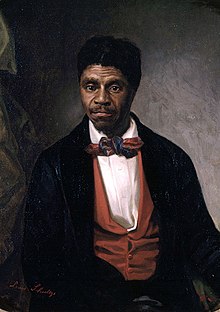 In the opinion of the court, the legislation and histories of the times, and the language used in the Declaration of Independence, show, that neither the class of persons who had been imported as slaves, nor their descendants, whether they had become free or not, were then acknowledged as a part of the people, nor intended to be included in the general words used in that memorable instrument…. [T]here are two clauses in the Constitution which point directly and specifically to the negro race as a separate class of persons, and show clearly that they were not regarded as a portion of the people or citizens of the Government then formed.

If statues of men who defended the South are to be torn down, then any images of her father and mother should also be taken down since they have been complicit in the killing of millions of unborn babies because of their unbridled support of abortion. 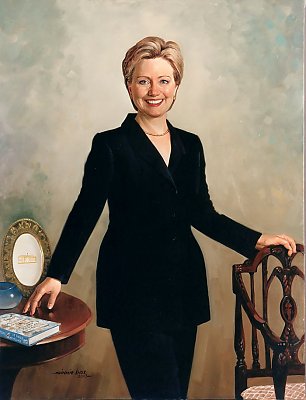 One more thing. Chelsea and her family and her mother and father live in New York. New York was named after the Duke of York, James II of England and James VII of Scotland.

The Royal African Company (RAC) was an English mercantile company set up by the Stuart family and London merchants to trade along the west coast of Africa. It was led by James, Duke of York, Charles II’s brother. Its original purpose was to exploit the gold fields up the Gambia River…. In the 1680s the Company was transporting about 5,000 slaves a year across the Atlantic. Many were branded with the letters “DY,” for its Governor, the Duke of York, who succeeded his brother on the throne in 1685, becoming King James II. Other slaves were branded with the company’s initials, RAC, on their chests. Between 1672 and 1689, the Company transported 90,000 to 100,000 slaves.

Coat of Arms of the Royal African Company

“New York City may have a reputation for being a socially progressive place to live, but during the 18th century, it was a major hub for the North American slave trade, with thousands of men, women and children passing through the slave market that operated in the heart of what is now the financial district.” (Smithsonian Magazine)

The first slave auction in New Amsterdam in 1655, painted by Howard Pyle, 1917

If consistency has any validity, Chelsea should be calling for the renaming of the State of New York and New York City. We wouldn’t want the Empire State named after a Lucifer. Also, anyone singing “New York, New York” should be boycotted and fined.

Another chink appears in evolution's armor