Should the Bible be Taught in Public Schools?

For some time a number of people and influential groups have been working to get the Bible and prayer reintroduced into public schools.

William Jeynes, senior fellow at the Witherspoon Institute and an education professor at California State University, presented “Putting the Bible and Prayer Back in the Public Schools” at the Family Research Council.

In 1963 Abington School District v. Schempp decision the Supreme Court ruled that sectarian Bible classes could not be in public schools. “The court did allow for the teaching of the Bible, provided it was done in a neutral, objective matter.” Neutrality is impossible.

So is it a good idea to let non-believers, secularists, and even atheists teach the Bible in public (government) schools or is there a better way?

Will parents think it’s now safe to send their children to government schools when they find out that Bible course is being taught? Who will teach the class? What perspective will be presented? Who will develop the textbook? The same schools that are teaching your children that same-sex sexuality is OK and all your children need to do is protect themselves when they engage in supposedly morally neutral sexual experimentation will be the same people teaching the Bible.

Secularists don’t want to give up the near monopoly they have on education in America. Charles Francis Potter, who founded the First Humanist Society of New York in 1929 and signed the first Humanist Manifesto in 1933, made no secret of the purpose of the American public schools:

“Education is thus a most powerful ally of Humanism, and every American public school is a school of Humanism. What can the theistic Sunday-school, meeting for an hour once a week, and teaching only a fraction of the children, do to stem the tide of a five-day program of humanistic teaching?”1

R. J. Rushdoony pointed out the Humanist design for education in his books Intellectual Schizophrenia (1961) and The Messianic Character of American Education (1963). According to Rushdoony, modern government education “is erosive and destructive of all culture except the monolithic state, which is then the ostensible creator and patron of culture. When it speaks of the whole child, it speaks of a passive creature who is to be molded by the statist education for the concept of the good life radically divorced from God and from transcendental standards.”2 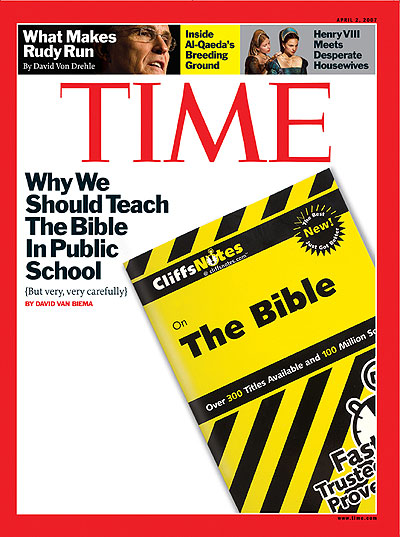 Rushdoony was not the first to understand the goal of Statist education. Robert L. Dabney (1820–1898) saw it more than 120 years ago:

“[T]he Jeffersonian doctrine of the absolute severance and independence of church and state, of the entire secularity of the State, and the absolutely equal rights, before the law, of religious truth and error, of paganism, atheism, and Christianity, has also established itself in all the States; and still the politicians, for electioneering ends, propagate this State education everywhere. By this curious circuit ‘Christian America’ has gotten herself upon this thoroughly pagan ground; forcing the education of responsible, moral, and immortal beings, of which religion must ever be the essence, into the hands of a gigantic human agency, which resolves that it cannot and will not be religious at all. Surely, some great religious body will arise in America to lift its Christian protest against this monstrous result!”3

What would America be like today if Christians had heeded Dabney’s warnings and some “great religious body” had arisen to make the break from an educational system that was designed to be the indoctrination center for the State and its messianic motives?

The usual Christian response is to reform the public schools, to get more parents involved, sue to get a moment of silence, prayers at sporting events and commencement exercises, release programs to teach religion, and pass laws to teach the Bible as literature as they’ve done in Georgia.4

There will be pressure groups in some cities to teach the Koran. Then there’s the question how the Bible will be taught. Will the Old Testament be taught as myth? Will someone teaching on the Olivet Discourse point out that Jesus was mistaken about His coming?

There is the larger issue of funding. Public schools are tax-payer funded. People who have no children are taxed to pay for the education of other children. This is theft

The better approach is for parents to take control over the education of their children and get them out of government schools. Humanists and Statists hate educational independence more than anything else is. What they can’t control, they fear.

Non-government schools are increasing in the United States. The same is true of homeschooling as this report from North Carolina explains:

“North Carolina officials say there has been a huge increase over the past two years in the number of Tar Heel families who have pulled their kids out of public schools and begun educating them at home. The number of homeschools has jumped 27 percent since the 2011-12 school year, NewsObserver.com reports.

“‘Common Core is a big factor that I hear people talk about,’ Beth Herbert, founder of Lighthouse Christian Homeschool Association, told NewsObserver.com. ‘They’re not happy with the work their kids are coming home with. They’ve decided to take their children home.’”

If you want to take back the country and make liberals go insane, the best place to start is with the future of the country – the children.

Federal Judge Rules AR-15s are not Protected by Second Amendment

Should the Bible be Taught in Public Schools?