Most people don’t know what a socialist is. Socialist sounds too much like “social.” A socialist, I suspect, for most Americans means to be “social.” Who could be opposed to that?

Bernie Sanders is a Socialist. In reality, he’s a theft using the respectability of the United States Senate as cover for his criminal views.

Like all socialists, Sanders believes it’s OK to steal from people if he can get enough votes and enough support from the people he will be stealing for — the beneficiaries of his thieving ways.

Of course, Sanders isn’t the only socialist in Congress. Most politicians are socialists. Most Americans are specialists. They, too, believe it’s OK to steal as long as a majority of people approve of it. 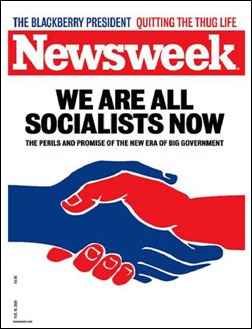 It’s gotten so bad that NEWSWEEK magazine proposed that we are now a socialist nation: “We Are All Socialists Now.”

And what would Sanders’ thievery cost the United States, that is, people? Not much. Just $18 trillion over ten years. As we all know, government projections of costs is always on the low side. Newsmax reports:

“’Sen. Sanders’s agenda does cost money,’ Warren Gunnels, Sanders’ policy director, told The Wall Street Journal, with the Vermont senator refusing a request for a direct interview. ‘If you look at the problems that are out there, it’s very reasonable.’

“The Vermont senator says his agenda is needed to provide essential services for Americans, but the plans, which include $15 trillion for a healthcare program that covers all Americans, would also come with tax increases to collect up to $6.5 trillion over the same decade.”

His plan and costs include:

The payment for these programs would require stealing money and property from millions of Americans and transferring that stolen money to people who have no right to it.

Such a program of theft would destroy our economy, create even greater class conflict, reduce the incentive for the productive to work and innovate, and create millions of dependent people.