Are Today’s Earthquakes Signs of the Last Days?

Prophecy writer Hal Lindsey is making predictions again. This time it’s about earthquakes and the last days. Here’s his latest:

As we grow closer to the end of this Age of Grace, it may become harder and harder to find places that are beyond the reach of earthquakes. In Matthew 24:7, Jesus warned that in these final days there will be an increase in the frequency and intensity of earthquakes in the world. In Luke 21:22, He spoke of “great earthquakes. …”

The biblical record shows that earthquakes occurred before Jerusalem was destroyed in AD 70. Two earthquakes are mentioned in Matthew: When Jesus was crucified (27:54) and when the angel came down to roll the stone away from the tomb where Jesus was buried (28:2). This second earthquake is said to have been mega, the Greek word for “great.”

Luke records in Acts that “a great earthquake” shook “the foundations of the prison house” (Acts 16:26). In Revelation 11:13 we read: “And in that hour there was a great earthquake, and a tenth of the city fell; and seven thousand people were killed in the earthquake, and the rest were terrified and gave glory to the God of heaven.” The temple was still standing when John recorded this event (11:1–2).

Secular historians of the time support the biblical record. Even Lindsey’s claim about the intensity and frequency can be supported by the historical record. “And as to earthquakes, many are mentioned by writers during a period just previous to 70 A.D. There were earthquakes in Crete, Smyrna, Miletus, Chios, Samos, Laodicea, Hierapolis, Colosse, Campania, Rome, and Judea. It is interesting to note that the city of Pompeii was much damaged by an earthquake occurring on February 5, 63 A.D.”1 Henry Alford compiled the following list:

The principal earthquakes occurring between this prophecy and the destruction of Jerusalem [in AD 70] were, (1) a great earthquake in Crete, A.D. 46 or 47; (2) one at Rome on the day when Nero assumed the manly toga, A.D. 51; (3) one at Apamaea in Phrygia, mentioned by Tacitus, A.D. 53; (4) one at Laodicea in Phrygia, A.D. 60; (5) one in Campania. Seneca, in the year, A.D. 58, writes:—“How often have cities of Asia and Achaea fallen with one fatal shock! How many cities have been swallowed up in Syria, how many in Macedonia! How often has Cyprus been wasted by this calamity! How often has Paphos become a ruin! News has often been brought us of the demolition of whole cities at once.”2

Notice the tight geographical area of these earthquakes within a period of just 12 years. They occurred in the known world, the oikoumenē (Matt. 24:14; Luke 2:1; Acts 11:28).  ((Some Bible translations translate the Greek word oikoumenē as “world” (e.g., KJV, NASB, ESV) when the better translation is “inhabited earth,” that is, the known world of their day.))

Flavius Josephus, an eyewitness to the events surrounding Jerusalem’s destruction, describes an earthquake in Judea of such magnitude “that the constitution of the universe was confounded for the destruction of men.”3 Of course, he was speaking metaphorically, using hyperbole, something the Bible often does to describe local catastrophes (Ps. 18; 2 Sam. 22; Zeph. 1:1-4, 14-18), because of the devastation brought to the holy city and sanctuary that were the identity of the Jewish people. Josephus goes on to write that the Judean earthquake was “no common” calamity, indicating that God Himself had brought it about for a special purpose. One commentator writes: “Perhaps no period in the world’s history has ever been so marked by these convulsions as that which intervenes between the Crucifixion and the destruction of Jerusalem.”4 Since the generation between AD 30 and 70 is past, there is no reason to attach prophetic significance to earthquakes in our day as a fulfillment of Matthew 24:7. They are not signs of Jesus’ return in our generation, but they were a prelude to the coming of Jesus in judgment upon Jerusalem in the generation of the apostles.

Lindsey has played the earthquake card many times. He started in 1970 with the publication of his book The Late Great Planet Earth.5 In 1997, he wrote, “Earthquakes continue to increase in frequency and intensity, just as the Bible predicts for the last days before the return of Christ.”6

In 1994, he wrote something similar in the first edition of Planet Earth 2000 A.D. referencing the United States Geological Survey in Boulder, Colorado. “But he does not give details of the report (report name, author, date, location, etc.).”7

Second, the sign of earthquakes only has meaning within the time context of the generation to whom Jesus was addressing since every generation since time immemorial has experienced great earthquakes.

Third, the statistics used by Lindsey cannot be substantiated by a study of the scientific and historical data.

Regarding earthquakes and famines (Matt. 24:14; Acts 11:28), Jesus is describing what took place before that first-century generation passed away: “Even so you, too, when you see these things happening, recognize that the kingdom of God is near” (Luke 21:31; cp. Matt. 24:33). Jesus was informing His present audience what they would see and experience. If Jesus had a future generation in view, He would have said, “When they see these things happening.”

It seems that there are more earthquakes today because of several factors:

A partial explanation may lie in the fact that in the last twenty years, we have definitely had an increase in the number of earthquakes we have been able to locate each year. This is because of the tremendous increase in the number of seismograph stations in the world and the many improvements in global communications. In 1931, there were about 350 stations operating in the world; today, there are more that 4,000 stations and the data now comes in rapidly from these stations by telex, computer and satellite. This increase in the number of stations and the more timely receipt of data has allowed us and other seismological centers to locate many small earthquakes which were undetected in earlier years, and we are able to locate earthquakes more rapidly. The NEIC now locates about 12,000 to 14,000 earthquakes each year or approximately 35 per day. Also, because of the improvements in communications and the increased interest in natural disasters, the public now learns about more earthquakes. According to long-term records (since about 1900), we expect about 18 major earthquakes (7.0–7.9) and one great earthquake (8.0 or above) in any given year. (Fact Check)

As history attests, devastating earthquakes are not new.

Consider the Lisbon earthquake of 1755. “The estimates of the death toll range from about 15,000 to more than 75,000. Modern historians incline to believe that the correct figure is probably about 30,000, which would be more than ten percent of the city’s population, the equivalent of nearly a million in contemporary New York.”8

Let’s not forget the Naples earthquake of 1626. “A tsunami followed, in which according to some reports the sea receded by more than three kilometres (two miles) before rushing back with enormous force, towering waves engulfing the coastline. In total, it is thought that approximately 70,000 people were killed by the quake itself and the tsunami…. Another earthquake in 1693 claimed the lives of 90,000 in the wider region.  Earthquakes and eruptions were so frequent in the next century that 110,000 people were killed in one 75-year stretch between 1783 and 1857, equating to 1,500 every year.” (Italy on This Day) 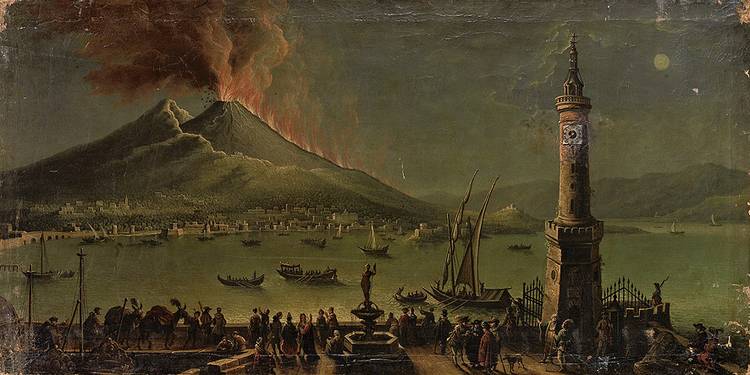 Modern date setters do acknowledge past great earthquakes. But to make our generation seem unique in the annals of Bible prophecy, those engaged in predicting the time of the end assert that we should calculate the frequency of earthquakes. Again, the present must be seen as unusual to make the prophetic system work. Hal Lindsey wrote: “There have been many great earthquakes throughout history, but, according to surprisingly well-kept records, in the past they did not occur very frequently. The 20th century, however, has experienced an unprecedented increase in the frequency of these calamities. In fact, the number of earthquakes per decade has roughly doubled in each of the 10-year periods since 1950.”9 No statistical evidence is offered by Lindsey for this claim.

In fact, Lindsey is wrong. There is nothing unique about the number of earthquakes that the world is now experiencing. The way some prophecy analysts talk, only a dozen or so major earthquakes have been recorded over the centuries. This is far from the truth. The Roman writer Seneca, before his death in A.D. 65, stated that frequent earthquakes had been a characteristic of the ancient world: “How often have cities in Asia, how often in Achaia, been laid low by a single shock of earthquake! How many towns in Syria, how many in Macedonia, have been swallowed up! How often has this kind of devastation laid Cyprus in ruins! How often has Paphos collapsed! Not infrequently are tidings brought to us of the utter destruction of entire cities.”10 Notice the date of Seneca’s writing—A.D. 65—just five years before the destruction of Jerusalem and thirty-five years after Jesus’ prediction about earthquakes.

Today’s reported earthquakes are not unique, as proven by a thorough study of history. The greatest student of earthquakes was a Frenchman, Count F. Montessus de Ballore (1851-1923). From 1885 to 1922 he devoted his life to studying and cataloging earthquakes and came to an astonishing conclusion. He cataloged 171,434 earthquakes from the earliest historic times! “The manuscript is stored in the library of the Geographical Society in Paris, where it occupies 26 meters (over 84 feet) of bookshelves.”11 As much as we might want to believe that we are the “Rapture Generation,” as Lindsey and other prophecy writers claim, there is no statistical or biblical evidence to support their claim.

Are Evangelicals Confusing the Gospel with Christian Nationalism?

The Fascist Tactics of the Liberal-Leftist-Progressive Establishment

Are Today’s Earthquakes Signs of the Last Days?