ABC’s Scandal TV series “just crossed a sickening line in the episode ‘Baby It’s Cold Outside.’ The entire hour was an advertisement for Planned Parenthood, but the absolute worst scene was a montage set to the Christmas hymn ‘Silent Night,’ a song that celebrates the birth of Christ, while main character Olivia Pope (Kerry Washington) has an abortion, killing her and the president’s baby.” (H/T: Breitbart)

Kerry Washington is a big supporter of Planned Parenthood, the organization that has been involved in a decades-long program of black genocide. It seems that only some black lives matter.

The TV series Maude was the first show to promote abortion when the Maude character got an abortion. “She was a 47-year-old grandmother with a dilemma: an unexpected pregnancy. It was 1972, the year before Roe vs. Wade made abortion the law of the land.” Abortion was legal in New York before the passage of Roe v. Wade.

Maude, played by Bea Arthur, was a liberal Democrat who used the show to promote the legalization of abortion nationally.

Since then, abortion has become the bloody sacrament of the Democrat Party. It is the litmus test of what it means to be a Democrat. A Democrat that does not support abortion is a DISC – Democrat In Snake’s Clothing. They are few and far between.

Democrat women are proud of their abortions and declare abortion “doctors” their heroes. Am I exaggerating? Here’s an interview exchange between Lena Dunham and Gloria Steinem that appeared in the women’s fashion magazine Harper’s Bazaar: 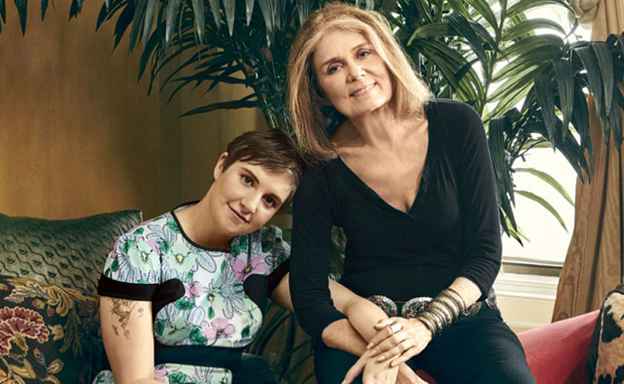 DUNHAM: The dedication in your book, to the doctor who gave you an abortion, gave me full-body chills. How long had you been thinking about the concept of revealing his identity?

STEINEM: I often thought about him, but because he asked me not to reveal his name, it always stuck with me as a prohibition. And then it dawned on me that he is long dead, and this is a different day, and it’s time to thank him.

DUNHAM: And he’s a hero now, not a criminal.

More women kill their unborn children in a day than Islamic terrorists kill in three months.

Pro-abortionists will do anything to keep abortion legal. Since Hollywood is staunchly behind Planned Parenthood, it’s not surprising that we are seeing abortion being made part of TV storylines.

All of a sudden Christmas and the birth of Jesus Christ mean something to liberals except that they’ve taken on the role of Herod the baby killer (Matt. 2:16-18).

“Silent Night” had been used before, but for the opposite effect. It was 1966, and I was in a creative writing class. I hated writing until that class. The teacher played the Simon and Garfunkel song “7 O’Clock News/Silent Night.” (see video below) “The track is [a] sound collage juxtaposing a rendition of the Christmas carol ‘Silent Night’ with a simulated ‘7 O’Clock News’ bulletin of the actual events of August 3, 1966.”

(There’s a scene in the film Secretariat where the Tweedy’s oldest daughter is participating in an anti-Vietnam war production where she sings “Silent Night” during one of the scenes.)

Our assignment was to write a story based on the song. I wrote about a family that had just gotten news at Christmas that their son had been killed in Viet Nam and the grieving they were going through in the senseless taking of life.

Not in my wildest thoughts would I have imagined that “Silent Night” would be used in a celebratory way to justify the killing of unprotected, innocent, and vulnerable human life.