My wife and I spent New Year’s Eve with friends. While we were enjoying our own festivities, I was watching one of the over-rated end-of-the-year celebrations on the Mac that was sitting on the mantle so we could keep track of the countdown.

In addition to “imagine no religion” (does that include atheism and materialism?), there’s “imagine no possessions.” I’ll bet you a boat load of money that Jessie J, the young woman who sang the song, got some big bucks for her performance.

Lennon could only imagine no possessions because he was worth millions. 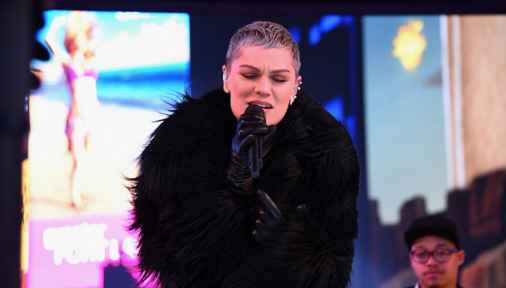 When Lennon was murdered in 1980, he left “a staggering monetary legacy estimated at $275 million — not bad for one who referred to himself as an ‘instinctive socialist,’ for one who believed in the abolition of ‘all money, police, and government.'” (David A. Noebel, The Legacy of John Lennon: Charming or Harming a Generation? (Nashville, TN: Thomas Nelson, 1982), 11)).

Today, the net worth of Lennon’s estate is around $800 million. Not bad for a dead guy who wanted to do away with all possessions. It is easy if you try. He could have given it away, but, of course, he didn’t.

Jessie J also could only imagine no possessions since she’s worth around 8 million.

With atheism anything goes, so we got stuff like this.

Consider this exchange between Anderson Cooper (self-admitted homosexual) and Kathy Griffin who has repeatedly attacked Christians and Christianity. “It is a sure bet that if Griffin had said, ‘Suck it, Muhammad’” instead of “suck it Jesus” that she never would have gotten the New Year’s Eve gig. (H/T: The Blaze)

Sitting in a bed with Copper, Griffin tried to be clever but only came across perverse. But what do you expect when there is no God?

“OK, I have one question. How far is your sexual relationship with Caitlyn Jenner gone?” Griffin asked Cooper, who is openly gay. “Like is it first base?”

Cooper replied, “I don’t even know what that means. I don’t know what you’re saying.”

“But would you cuddle with Caitlyn Jenner?” she asked, before jokingly accusing Cooper of being “transphobic” when he refused to answer.

Griffin continued to push the envelope with Cooper.

“Would you kiss Caitlyn Jenner open mouth?” she asked. (H/T: The Blaze)

Are these the types of things most Americans want to be subjected to?

Bible Scholar Says Eve Wasn’t Made from Adam’s Rib but His . . .