Another man pretending to be a woman broke some women’s cycling records. It’s also been happening in wrestling, basketball, track and field, and weightlifting. Any man, even one who is “transitioning,” can beat most women in these sports.

New Zealand weightlifter Laurel [sic] Hubbard won the over-90kg [198.4+ pounds] division at the Australian International in Melbourne, lifting a combined total of 268kg [590 pounds], according to the New Zealand Herald. In doing so she [sic] set new national records in the snatch and clean and jerk, the two Olympic lifts. 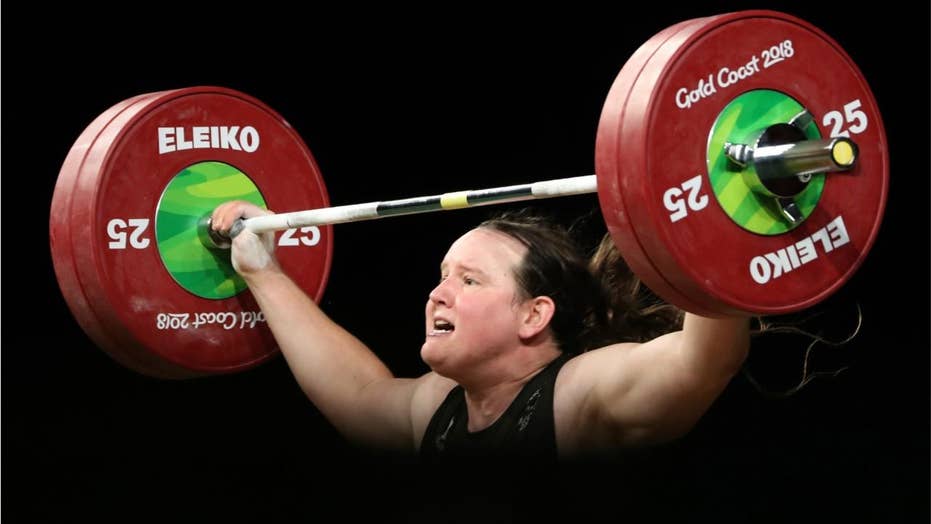 This is a man pretending to be a woman, and liberals call us “antiscience.”

USA Powerlifting (bench press, squat, deadlift) has put a stop to the transgender nonsense by refusing to allow fake women to compete against biological women.

Have you noticed that women who have “transitioned” into being fake men are never part of the discussion? You almost will never see a woman who claims to be a man competing against men. They are rare as hens’ teeth. There is a woman boxer who is competing as a man in the 128-pound super featherweight division. She has taken testosterone to make her more male-like. According to USA Powerlifting, “males are not allowed to use testosterone and to do so provides him an advantage. A master aged male cannot raise his natural testosterone level.” I suspect that in the heavier classes that a woman could not compete.

In most sports, with the exception of maybe pool, bowling, ice skating, and gymnastics, women cannot compete with men. Some would argue that even in some of these “gender-neutral” sports, women can’t compete with men. Since men can handle a heavier ball, a male bowler is going to have an advantage on pin action. While women look more graceful as skaters, men are stronger giving them an advantage on certain jumps. When’s the last time you saw a female skater lift a make in pairs competition?

The next time you watch a gymnastics competition, notice that the women do not compete on the rings and pommel horse. It’s not that they can’t perform; it’s that they would not compete against men. These two pieces of apparatus require extraordinary upper-body strength, something that most women lack.

The disparity increases with sports like baseball, football, and basketball. Men are faster, quicker, stronger, heavier, and can jump higher than women of the same skill level. While a woman might have a batting technique as mechanically perfect as someone like Ken Griffey, Jr. had, she will never hit a baseball as far. Also, she will never be able to get the bat around on a major league fastball with the consistency of a male player.

The disparity between men and women is most apparent in competitive weightlifting and track and field. Like boxing and wrestling, weightlifters are categorized for competition purposes by body weight. A lifter weighing 145 lbs will never compete against someone weighing 230 lbs. There is not a woman alive who could come close to competing with a man in weightlifting. In fact, the lightest men’s records beat the heaviest women’s records in both the snatch and clean and jerk. This means that a man weighing less than 123 lbs can lift more than a woman weighing 308 lbs.

Track and field is another measurement sport that easily notes the performance differences between men and women. The differences are so great that the hurdles are shorter and the throwing implements are lighter for women. Consider the shot put. While the world record for the men’s shot put is 75′ 10″, the women’s record is 74′ 3″. A first, this looks like performance parity. It’s not even close. The men’s shot weighs 16 lbs. The women’s shot weighs 8.8 lbs. A junior high boy throws an 8 lb shot. When he reaches high school, the weight is increased to 12 lbs. In college and Olympic competitions, the shot weights 16 lbs for men. The weight of the woman’s shot goes up less than a pound after high school and remains at that weight through Olympic competition.

Consider the high school shot put records for boys and girls. The boys’ record, set in 1979 by Michael Carter, is 81-3½. This is one record that may stay on the books forever.

The girls’ record, that’s done with an 8-pound shot, is 54-9. That’s 23 feet shorter than the boys and done with an implement that is 4 lbs lighter. You can view the performance differences between men and women in track and field at Track and Field News under “Records.”

So what does all this mean? Men and women are different. I know that you knew this, but it seems to go unnoticed by some social theorists. There are great women athletes when measured against other women athletes. Men will always outperform women in competitions where strength, speed, and size are deciding factors. There is nothing chauvinistic about making this claim.

Kellogg's Promotes Homosexuality Under the Guise of an Anti-Bullying Campaign

The Fatal Flaw in the Culture Wars