Will the GOP Use Hurricane Harvey as an Excuse Not to Support Trump’s Tax Cutting Agenda?

Those of you familiar with classic films might remember a Jimmy Stewart classic, Harvey. The 1950 film tells the story of Elwood P. Dowd whose best friend is a pooka named Harvey. Harvey is a six-foot, three-and-a-half-inch tall invisible rabbit.

As part of Celtic folklore, a pooka could bring both “good and bad fortune. They could either help or hinder rural and marine communities. The Púca can have dark or staunch white fur or hair. The creatures were said to be shape changers which could take the appearance of horses, goats, cats, dogs, and hares. They may also take a human form, which includes various animal features, such as ears or a tail.”

Stewart named his pooka “Harvey.” It was a way for him to escape the responsibilities of life.

Since Donald Trump’s election, the GOP has used every pooka in the book to avoid their responsibility to the American people who voted for Donald Trump. The bitter John McCain is still campaigning. He lost badly in 2008, and he has never forgotten it.

Like a pooka, he’s been a political shape shifter. He speaks like a conservative (less and less these days) but votes in terms of Establishment GOP politics. Growing the government so it benefits his cronies. 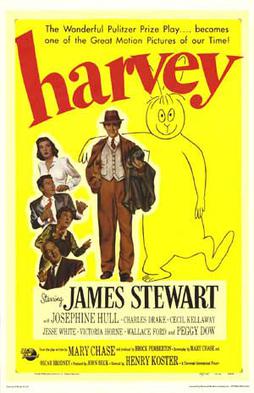 With the impact of Harvey, I expect the GOP to postpone any real legislation on tax reform. Harvey is their pooka.

It’s unfortunate that Trump did not lead with tax and spending cuts the day after he was sworn in. It’s when he had the most political capital. Where has the GOP been on the issue? They’ve had 8 years to develop a tax cut plan. I suspect they believed (and hoped) Hillary would win. Like Wlwood P. Dowd, they leaned on their pooka to absolve them of responsibility.

Tax cuts empower the people. It puts economic decision making back into their hands. Most politicians can’t abide people being free. They must be cared for by the State. The Democrats and many (most?) in the GOP think of themselves as political saviors.

A tax cut retroactive to January 1st would boost the economy going into the next year as people got tax refunds for the money they already paid. Corporations would also be affected by a reduced rate. Lowering the corporate rate would bring money being held overseas back to the United States. Crises like Harvey and maybe Irma would be mitigated because people would have more disposable income to prepare and rebuild.

Donations would go up for worthy causes.

One more item. Why not make medical costs tax credits? If a person spends $1000 in a year in medical costs, and the family has a tax bill of $3500, the tax bill would be reduced to $2500. No more subsidies. No more Obamacare.

Jimmy Stewart did another famous film. Actually, he’s done a lot of them. Mr. Smith Goes to Washington shows him fighting against the establishment of his day. The establishment had a lot to lose, so Stewart’s character had to be taken down. The people from his home state rallied to support Jefferson Smith. He exposed the corruption. Smith was handpicked by the Establishment to be their stooge. They were sure he would do their bidding.

Smith didn’t bend. For a brief time, in a fictional setting, the people cheered while politicians jeered at the temerity of Frank Capra to expose the underhanded nature of American politics.

Will the GOP Use Hurricane Harvey as an Excuse Not to Support Trump’s Tax Cutting Agenda?