When Gays Fire-Bombed a Church: ‘Gay Rights or Gay Riots.’

What you are about to read is a little known history of the violent side of the gay rights movement. Very few people have ever heard this story.

It all started when Pastor Charles McIlhenny, pastor the First Orthodox Presbyterian Church in San Francisco, started a church. In March 1978, the San Francisco Board of Supervisors passed a law that stated that no one could be discriminated against on the basis of “sexual orientation.”

In August of that same year, the church learned that their organist, Kevin, was a practicing homosexual. The young man was approached by Rev. McIlhenny on the basis of Matthew 18:15-20. After several hours of fruitless debate over what the Bible said about homosexuality, Kevin was fired. Based on the anti-discrimination law, Kevin sued Chuck, the church, and the entire Presbytery consisting of ten other churches in northern California at the time. And what was the response of the homosexual community and the always compliant media?

“The media attention stirred up a spiteful homosexual population in San Francisco. As a result of the news articles and radio interviews, we received obscene phone calls, dozens of threatening letters, pornographic materials mailed to us, and death-threats, some of which described the children in detail — their names, ages, what they looked like, where they attended school, and what sexually deviant acts were going to be performed on them before they killed the children. More than once we had to leave the city for safety.”1

Through the legal efforts of John W. Whitehead, who heads up the legal advocacy group the Rutherford Institute, Chuck and his church won the first round of their legal battle. Judge John Ertola stated in the April 3, 1980 ruling that the church was within its rights to fire its organist who was unrepentant:

The framers of the United States Constitution and the Bill of Rights wrote the Free Exercise Clause to protect religious beliefs that may not be followed by the majority, to allow every person to obey his own conscience without interference from the government. Freedom of religion is so fundamental to American history that it must be preserved even at the expense of other rights which have become institutionalized by the democratic process.

How times and legal opinions have changed.

As a result of the favorable court ruling, the McIlhenny family “continued to be terrorized by death threats over the phone and through the mail.”2 Homosexual protestors attended Sunday morning worship services. Some defaced pew Bibles and psalters. Others would stand up, walk around, slam windows, and verbally protest while Chuck was speaking. Keep in mind that when homosexuals do not get their way, they riot.

Prior to controlling politics in San Francisco, homosexuals exerted their influence through intimidating violence. “On the night of 21 May 1979 hundreds of angry homosexuals stormed city hall, set fire to trash cans and parts of the building, set police cars on fire, broke windows, and injured scores of policemen” because they did not like a jury’s decision concerning the murder of a homosexual. (McIlhenny, When the Wicked Seize a City, 81.)) 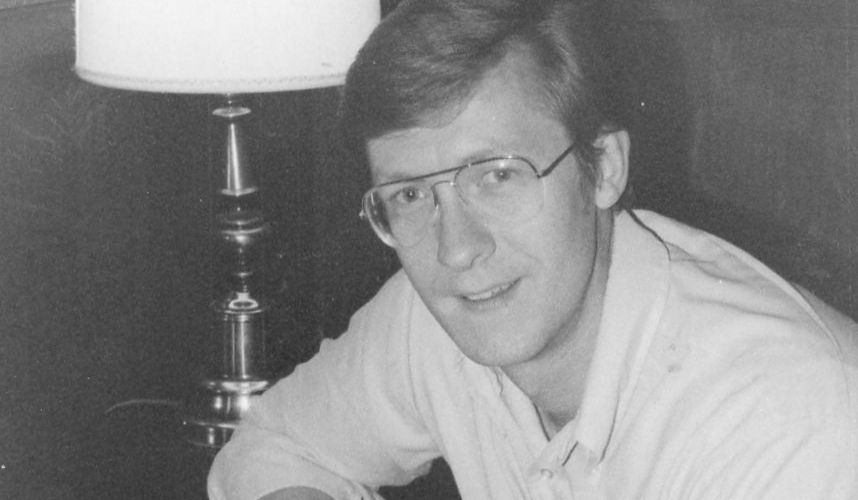 Things got worse for the McIlhennys. Three years after the lawsuit, things heated up once again. Literally. “Rocks, beer bottles, beer cans were thrown through the church windows on many occasions. Swastikas were carved in the church doors and drawn on our house. A window in our car was smashed out. Graffiti was spray-painted all over the church, house, and sidewalk. Anti-Christian, pro-homosexual leaflets were scattered around the neighborhood calling us Nazis, bigots, anti-gay, etc.”3 Their children were once again threatened.

The daily threats and harassment continued for a full three years after the court decision. On three occasions the death threats were of such a serious nature that the McIlhennys flew their children down to Los Angeles to stay with relatives for protection. “Then on 31 May 1983 at 12:30 a.m., someone actually attempted to follow through with their threats to kill us.”4 In the alleyway next to their house, someone lit two cans of gasoline. Donna McIlhenny describes it this way:

“The church and the house are right next door to each other, attached by a small alleyway. Our bedroom was right next to the alleyway. As I lay down, I was looking toward the alleyway window. I saw something flicker, and before I could even wonder what it was, a huge ball of fire roared up the alleyway wall and burst through the window into the bedroom, breaking the quarter inch pane of glass.”5

God spared the McIlhenny family that night. The fireman on the scene told the McIlhennys, “The intent was to kill. It’s as if someone pointed a gun in your face and pulled the trigger . . . only, in this case, the gun misfired!”6 As of the writing of When the Wicked Seize a City in 1993, “nothing has been turned up by the police and fire department investigations as to who may have set the fire. No leads, no clues, and no person has ever been questioned!7 The McIlhenny=s were attacked again on March 22, 1990.

Homosexuals are one of the most mean-spirited and violent groups in America when they do not get their way. Since they no longer fear God, they certainly do not fear man. When Governor Pete Wilson vetoed a homosexual rights bill in 1991, the homosexual community literally went wild. Homosexuals hounded Wilson at political events and showed their violent side in a pro-homosexual demonstration.

“As the protestors reached the old state building where Pete Wilson maintains an office, ‘[a] break-away group of about 400 people suddenly ran toward the building, which was being protected by fewer than 20 San Francisco and State Police officers. Grabbing metal barricades, news racks and other objects, some among the 400 began smashing the $60,000, multi-colored, lead-glass entrance doors. . . . Others hurled missiles that shattered windows, then tossed large wads of paper and ignited flares inside. The resulting fires destroyed office equipment, including costly computers, before the blazes were extinguished.’”8

The homosexual rioters did not care who they hurt so long as they got their way. The pro-homosexual establishment in San Francisco protected the rioters. “In spite of the fact that the gays had set fire to a government building, graffitied the new state office building one block away, threatened the lives of dozens of police and state employees, and caused $250,000 in damages, no arrests were made that evening.”9

At another protest gathering, Crystal Mason of ACT UP/San Francisco told the crowd, as reported in The San Francisco Sentinel, “Let violence speak. Why should we allow straight society to jam their justice down our throats.”10 The tables are now turned. Homosexuals have jammed their perverted view of justice and morality down our throat.

Through fear and intimidation, the homosexual community has beaten back the opposition. They no longer have to riot and bomb since they have friends in high places who have given in to their outrageous demands. But just below the surface of the genteel facade often displayed by homosexuals in movies and comic acts resides a dark and foreboding evil that will surface when the need arises. “All of this violence, vandalism and rage is to be expected from the gay community. One protestor’s placard said it well, ‘Gay Rights or Gay Riots.’ They have shown time and time again that if they don’t get their way, they will resort to any kind of civil disobedience that they consider necessary to achieve their goals. The gay political movement is not kind and gentle; if you oppose them, you can expect to have your life and family threatened, your job security threatened, your property vandalized, and your character vilified.”11

The Gay Rights Movement: ISIS Without the Bullets?

When Gays Fire-Bombed a Church: ‘Gay Rights or Gay Riots.’