The woke Social Justice Warriors were out in full military regalia over Thanksgiving. It seems they were triggered after watching a Charlie Brown Thanksgiving that originally aired in 1973.

Franklin Armstrong, the only black child featured in the animated feature is sitting in a lawn chair alone on one side of the table. To the woke crowd, this is racism pure and simple because, as you know, everything is racist.

I guess not having a “person of color” at the impromptu Thanksgiving celebration would have been better.

I think what really triggered them, but they’re not saying, was that there was a call for prayer and the mention of God.

“Are we going to have a prayer?,” Peppermint Patty asks. “It’s Thanksgiving you know. Before we’re served shouldn’t we say grace?

Then follows Linus’ retelling of the first Thanksgiving that includes a prayer from the minister William Brewster: 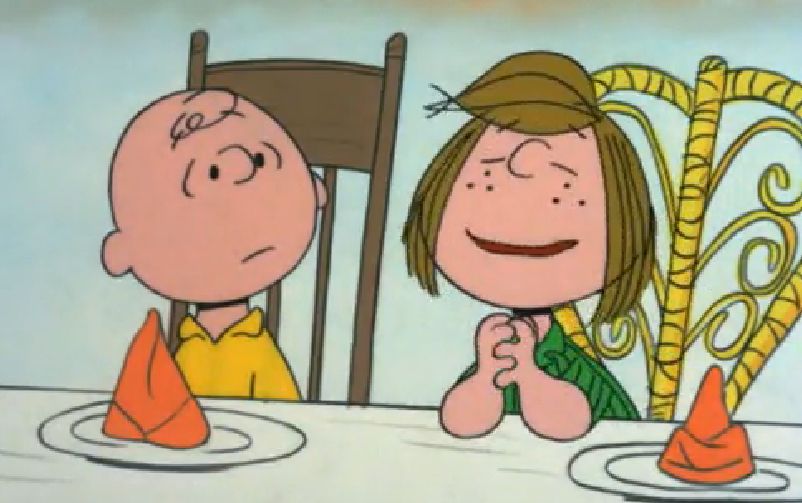 It’s true that Franklin is sitting on one side of the table alone in a lawn chair. Maybe he wanted to sit in the lawn chair. Maybe it thought it was more comfortable than the other chairs. A previous scene shows Snoopy taking a long time to get it to work properly.

There are some scenes that show a number of different seating arrangements. This one shows them about to sit at the table. There is no lawn chair but quite a few other chairs. 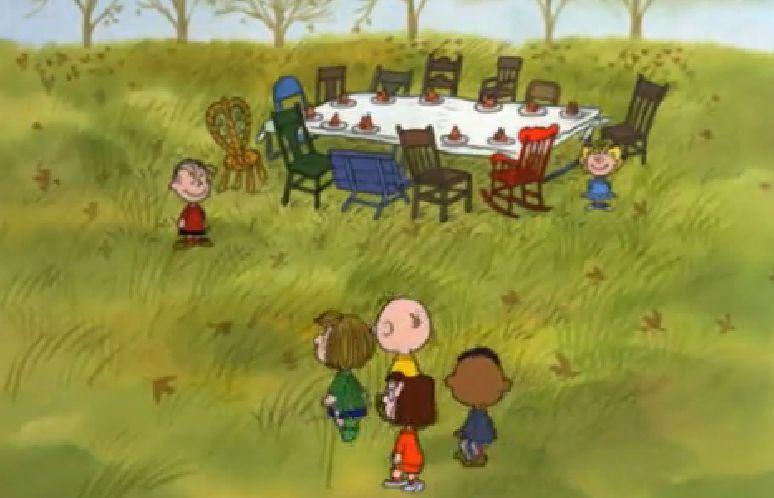 Then there’s this one with two chairs on the same side of the table where Franklin is sitting: 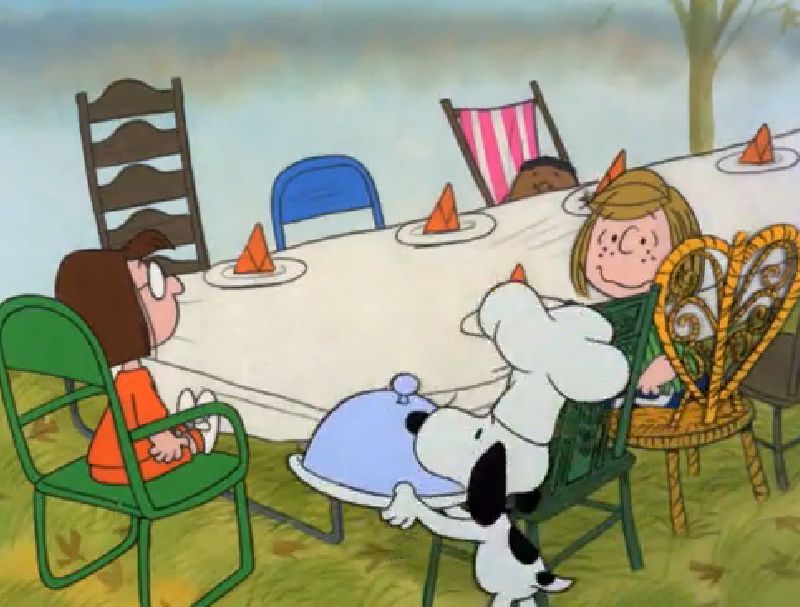 I don’t know how to explain the different seating arrangements. I doubt that anyone knows.

If you know anything about the Peanuts’ characters, then you should know something of the social dynamics of the characters. Here it is from Brookesalvation on Twitter. She explains everything: 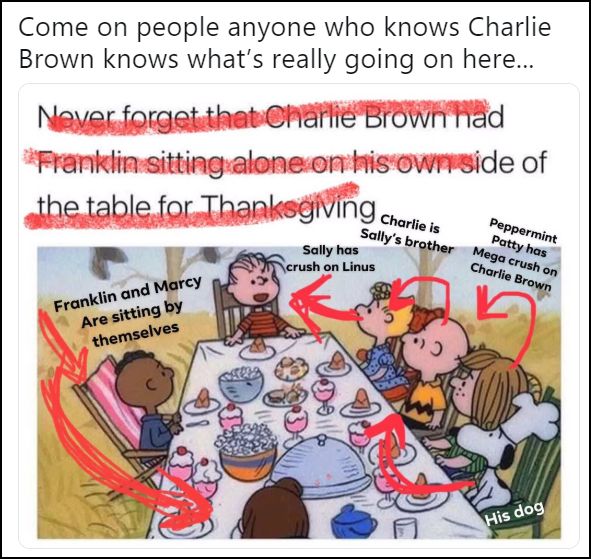 The fact that Peppermint Patty, who invited herself and Franklin to a Thanksgiving dinner that Charlie Brown had not planned, should have encouraged the SJWs.

Charles Schulz was an early advocate of civil rights. The Franklin character was added to the comic strip on July 31, 1968, three months after the assassination of Martin Luther King, Jr., on April 4th of that same year.

It all happened because of a letter that Harriet Glickman wrote to Charles Schulz:

His assassination fresh on her mind, Harriet Glickman, a teacher raising three kids in suburban Los Angeles, sat down at her typewriter.

“Dear Mr. Schulz,” she wrote, “since the death of Martin Luther King, I’ve been asking myself what I can do to help change those conditions in our society which led to the assassination and which contribute to the vast sea of misunderstanding, hate, fear and violence”…

Glickman thought the creator of the popular Peanuts comic strip could play a small part in promoting tolerance and interracial friendship by including a black character in his strip.

She sent off the letter, not expecting a reply.

Schulz did write back, to say he had considered her suggestion. But he worried that if he created such a character, black parents might think he was condescending to their families.

With Schulz’s permission, Glickman asked two of her black friends to send him some ideas on how to make a black character relatable.

“You will be pleased to know that I have taken the first step in doing something about presenting a Negro child in the comic strip during the week of July 29,” Schulz said. “I have drawn an episode which I think will please you.” (NPR)

Below is a copy of the beautifully written letter that Harriet Glickman sent to Charles Schulz: 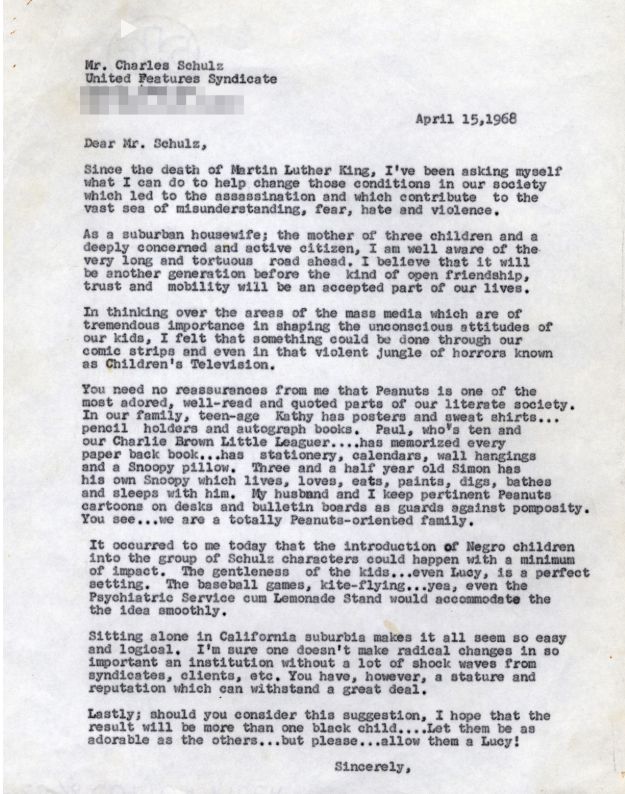 There’s Charlie Brown shaking hands with Franklin when he enters the house. 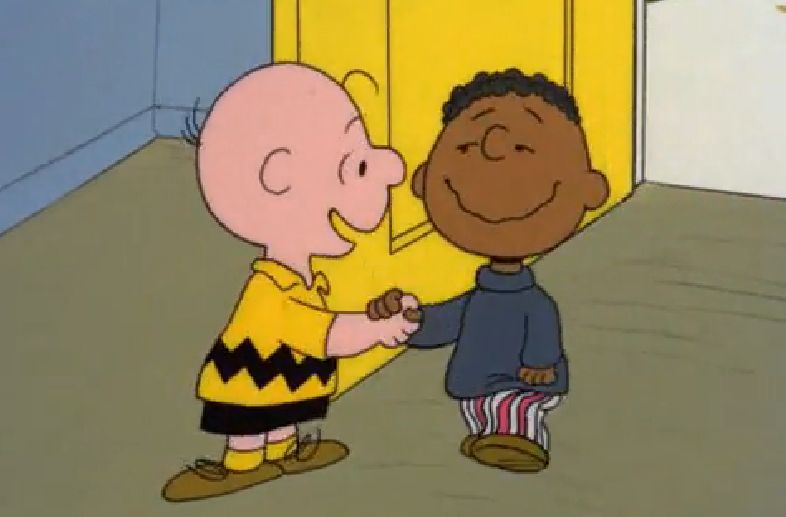 After the impromptu Thanksgiving dinner at Charlie Brown’s house, they headed off to his grandmother’s condominium. Notice that Franklin is one of the invited guests. 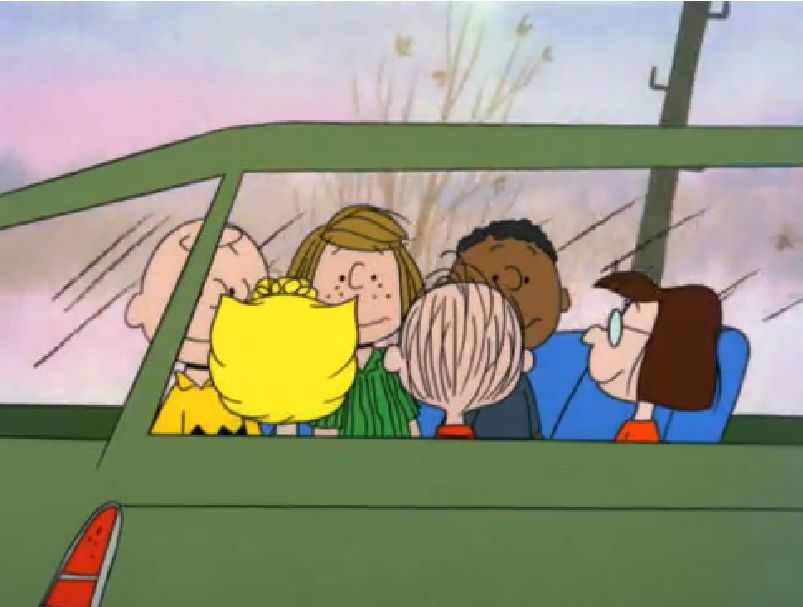 It doesn’t take a lot of effort to figure out that there wasn’t anything racist about Charlie Brown’s Thanksiving.

Christians Should be “Tortured” and “Persecuted” for their Faith, and for Good Measure, “Fed to the Lions.”