There’s not a lot to celebrate this July 4th. Our founding institutions have been corrupted and subverted, and it didn’t begin when the Supreme Court ruled that states must sanction the perversion of something called “same-sex marriage.” When Supreme Court Justice Charles Evan Hughes declared, “We are under a Constitution, but the Constitution is what the judges say it is,” the spaghetti noodle view of law was declared. If Hughes’ claim is true, then judges get to say what everything is.

The courts have become a law unto themselves. They create law out of thin air. There’s the case where a Christian business owner has been fined $135,000 for not baking a cake for a same-sex wedding. In addition, Oregon Labor Commissioner Brad Avakian’s order denies the owners of Sweet Cakes by Melissa their First Amendment rights, not only their freedom of religion rights but their freedom of speech rights:

“The Commissioner of the Bureau of Labor and Industries hereby orders [Aaron and Melissa Klein] to cease and desist from publishing, circulating, issuing or displaying, or causing to be published … any communication to the effect that any of the accommodations … will be refused, withheld from or denied to, or that any discrimination be made against, any person on account of their sexual orientation.”

Our founders would be aghast at what has happened to the nation they shed blood to established.

The following is a historical rundown of what our founders thought about the ultimate foundation of law and how they were subservient to a higher view of law, a law that was above them

John Quincy Adams (1767–1848) stated, “The law given from Sinai was a civil and municipal as well as a moral and religious code. These are laws essential to the existence of men in society and most of which have been enacted by every nation which ever professed any code of laws.” He added that: “Vain indeed would be the search among the writings of [secular history] . . . to find so broad, so complete and so solid a basis of morality as this Decalogue lays down.”1

John Witherspoon (1723–1794), the president of what later came to be known as Princeton University and a signer of the Declaration of Independence, wrote that “moral law published upon Mount Sinai [is] the publication or summary of that immutable law of righteousness , which is the duty of creatures , and must accompany the administration of every covenant which God makes with man.”2

John Jay (1745–1829) was one of the authors of The Federalist Papers and served as the first Chief Justice of the United States Supreme Court. He wrote the following in a letter dated April 15, 1818 to his friend John Murray: “[T]he law was given by Moses, not however in his individual or private capacity, but as the agent or instrument, and by the authority of the Almighty. The law demanded exact obedience, and proclaimed: ‘Cursed is every one that continueth not in all things which are written in the book of the law to do them.’”3

Biblical Law: A Text of the Statutes, Ordinances, and Judgments of the Bible — Buy New $19.95

Some of the earliest court cases in the United States make statements that show the importance of the Decalogue in the reinforcement of our nation’s legal tradition. In a 1914 case, the court acknowledged, “The laws of spiritual life, of civil life, and moral life are all set forth in the ten commandments.”4 The 1899 West Virginia case Moore v. Strickling argued in a similar way:

“These commandments, which, like a collection of diamonds, bear testimony to their own intrinsic worth—in themselves appeal to us as coming from a superhuman or divine source; and no conscientious or reasonable man has yet been able to find a flaw in them. Absolutely flawless, negative in terms but positive in meaning, they easily stand at the head of our whole moral system; and no nation or people can long continue a happy existence, in open violation of them.”5

In a 1931 case, Judge Charles Sumner Lobingier declared that “Israel’s law is the connecting link between the earliest and the latest legal systems and has proved itself one of the most influential forces in the evolution of the world’s law.”6 But long before these modern statements, we find that “King Alfred in his Doom Book adopted the Ten Commandments and other selections from the Pentateuch, together with the Golden Rule in the negative form, as the foundation of the early laws of England.”7 America was no less influenced as H. B. Clark states:

“The Scriptures doubtless have been a potent influence upon American Law. In the early colonial period, the Bible seems to haven commonly regarded among the people as law. Several of the colonies formally adopted provisions of Mosaic law.8 For example, Plymouth Colony in 1636 adopted a ‘small body of Lawes’

largely based upon the laws of Israel. And New Haven Colony in 1639 resolved that “the word of God shall be the only rule to be attended to in ordering the affairs of government in this plantation,”9 and in 1655 adopted a code in which 47 out of 79 topical statutes were based on the Bible.”10

Early American colonies incorporated the entire Decalogue into their legal code. In 1638, prior to leaving Boston, Massachusetts, the leading men of the proposed Rhode Island colony incorporated themselves into political body. The Portsmouth Compact, signed by 23 men, stated the following: 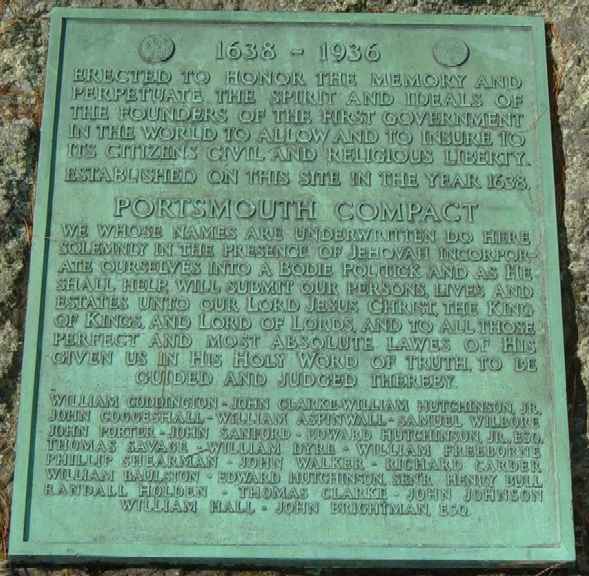 “We whose names are underwritten do hereby solemnly in the presence of Jehovah incorporate ourselves into a Bodie Politick and as He shall help, will submit our persons, lives and estates unto our Lord Jesus Christ, the King of Kings, and Lord of Lords, and to all those perfect and most absolute laws of His given in His Holy Word of truth, to be guided and judged thereby.” The following Bible passages accompany the text: Exodus 24:3–4; 2 Chronicles 11:3; 2 Kings 11:17.

A Response to Bad Arguments in Defense of Same-Sex Sexuality