How many times have you heard that religion and politics don’t mix? Don’t believe it. Religion is always mixed with politics. It’s impossible to separate religion from politics or God from any form of government. When the one and only God is rejected, another god takes His place. It’s that simple and basic. There are no exceptions and don’t ever let anyone tell you otherwise.

The most anti-God ruler is just as religious as anyone who acknowledges the existence of God and His sovereign right to rule. This is why the Apostle Paul could write, “Now to the King eternal, immortal, invisible, the only God, be honor and glory forever and ever. Amen.” (1 Tim. 1:17).

Those who advocate for a new government become the gods of that society when they declare themselves to be the final arbiter of truth and control.

Consider what’s happened in China. Chinese government officials ordered a church to remove the First Commandment from a display because it directly contradicts the policy of the President of China.

Why? Because the First Commandment states, “I am the Lord your God, … You shall have no other gods before Me.” The government of China does not want any competition. It has become the god of that society in word, deed, and decree.

History is a study of governors wanting to be gods. When Jesus was confronted by the religious leaders of His day over the question of taxes, Jesus asked for a specific coin – the denarius.

The inscription on the face of the coin reads, “Caesar Augustus Tiberius, son of the Divine Augustus,”1 claiming that Augustus Caesar was a god. Another Caesar, Domitian, who ruled in the latter part of the first century, was declared to be Dominus et Deus, “Lord and God.” 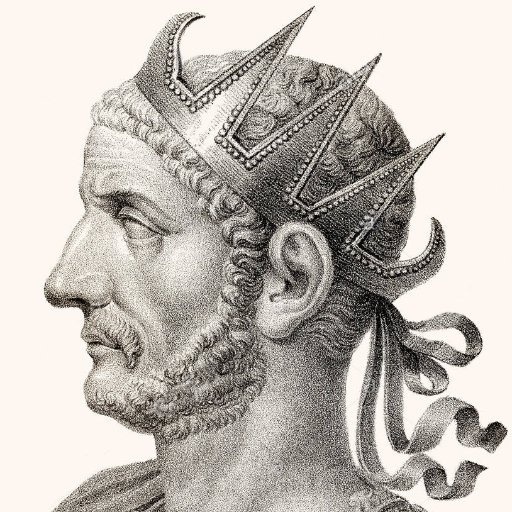 Jesus used the coin as an indictment of the Jews. Because of their rebellion by rejecting God’s government over them, God placed them under the government of a tyrant. Some of the Jews, when given the opportunity to redeem themselves by choosing Jesus over Barabbas, instead cried out, “We have no king but Caesar” (John 19:15).

The people who heard King Herod speak cried out, “The voice of a god and not of a man!” What did God think of their boast? Herod was struck down where he stood “because he did not give God the glory, and he was eaten by worms and died” (Acts 12:22-23).

When a government gets to the place where it believes its authority and decrees are absolute, C. S. Lewis said, there is no point in telling government officials, “Mind your own business,” because in their mind, “Our whole lives are their business.”2

The Bible states a simple but fundamental fact: God’s government over all things is singular, absolute, without compromise, and without legitimate competitors. George Frideric Handel’s English-language oratorio Messiah (1741) set this truth to music in a majestic way:

For unto us a child is born, unto us, a son is given”: and the government shall be upon his shoulders: and his name shall be called Wonderful, Counsellor, The mighty God, The everlasting Father, The Prince of Peace (Isa. 9:6).

No commentary was needed. The words speak for themselves.

The capstone to the Passion Narrative in the Gospels is Handel’s “Hallelujah Chorus”:

The starting point in any discussion of government in all its forms is Who’s ultimately in charge? We see this with the Pharaohs, King Nebuchadnezzar, Belshazzar, the Caesars, Herod, kings claiming a divine right, and atheist regimes during the 20th century whose divine edicts led to the deaths of more than 100 million people.

They all claimed to be the ultimate authority for the good of mankind, otherwise, why would people put them in power?

Our nation’s founders knew their history – secular and sacred alike. They would agree with the following statement, often attributed to George Washington:

Government is not reason, it is not eloquence,—it is force! Like fire, it is a dangerous servant, and a fearful master; never for a moment should it be left to irresponsible action.

While God is the ultimate Governor, upon whose shoulders that government rests, He has instituted specific governments for the orderly direction of His creation. God has created governments (plural), of which civil government is just one, that are delegated limited authority and power.

God has restrained man’s zeal for unlimited power by limiting the scope, authority, and power of these governments. That’s why someone like Thomas Jefferson could write, “In questions of power let no more be heard of confidence in man but bind him down from mischief by the chains of the constitution.”

In 1682, the Archbishop of Canterbury John Tillotson (1630–1694) preached a sermon titled “The Danger of Zeal without Knowledge” in which he said:

There is nothing more often that misleads Men, than a misguided Zeal; it is an ignis fatuus, a false fire, which often leads Men into Boggs and Precipices; it appears in the Night, in dark and ignorant and weak minds, and offers itself a guide to those who have lost their way; it is one of the most ungovernable Passions of Human Nature, and therefore requires great knowledge and judgment to manage it, and keep it within bounds. It is like fire, a good Servant, but a bad Master. . .

With great zeal governors as gods make grand promises and people pledge their allegiance. In the end, however, these mortal gods disappoint.

Take notice that the Declaration of Independence makes its final appeal to the “Supreme Judge of the world … with a firm reliance on the protection of divine Providence.” The Framers of our government understood, in the words of Benjamin Franklin, that “God governs in the affairs of men. And if a sparrow cannot fall to the ground without his notice, is it probable that an empire can rise without his aid?”

There’s no neutrality. Every government pledges allegiance to some god.

Bob Dylan’s song “Gotta Serve Somebody” gets it right:

It won the Grammy Award for Best Rock Vocal Performance by a Male in 1979. Times have changed but the truth of his lyrics hasn’t.

There will always be an ultimate governor that will be served. If that governor is not God, then it will be someone who acts as if he is God. John Lennon criticized the song by releasing a parody titled “Serve Yourself.” Dylan was right. In the end, there is no escape from serving somebody, even if it’s yourself.

How Many People Really Know What Socialism Is?