Detroit, Michigan, was the city that the free market built. Henry Ford turned the city into a product-producing economic powerhouse. Over time, unions and politicians slowly killed the goose that laid the golden eggs.

It’s gotten so bad in Detroit that people who cannot pay their water bills are looking for help from the United Nations. But like liberal politics in general, the UN doesn’t have any money. Any money it gets must be taken from other people by force. It’s this type of political thinking that is killing some of our nation’s most productive cities.

An interesting fact in all of this is that when the water is turned off for non-payment, the next day, people come in with money to pay their bill. The people are used to the government doing things for them. Unfortunately, the cash cow is sick. Decades of sticking it to the productive members of society have hurt those most in need.

Liberals believe the way to turn around Detroit is more government spending, making the people even more dependent and reducing the incentive for companies to invest and people to work.

The best way to save Detroit is to free it from liberal economic policies.

It’s been done before. Consider the city of Sandy Springs, Georgia. Sandy Springs was once part of the city of Atlanta. Atlanta was using its northern neighbor as a cash cow for its own bloated government.

For years Sandy Springs tried to separate itself from the city of Atlanta. “Legislators representing Atlanta and southwestern Fulton County, who feared tax revenue that would be lost from incorporation, blocked the bills using the procedural requirement that all local legislation be approved first by a delegation of representatives from the affected area.” This was when Democrats were in power in the state.

This all changed when the Republicans took over the state. A referendum was held on June 21, 2005, and residents voted 94% to 6% in favor of incorporation.

Joe Kent writes the following in “The Town that Privatized Everything”:

“In 2005, Sandy Springs outsourced almost all functions of the city government (with the exception of police and fire) to a single company, which runs the town. That company is in charge of running all the vital functions of government, from the running the parks, to paving the roads, and even 911 calls!

“The town is run very efficiently, with zero backlogs in permit requests. Call the city, and you’ll be surprised to find that you actually get a friendly person on the other line! The city has a 24/7 non-automated customer service hotline which fields about 6,000 calls per month. It also has a state of the art traffic system with cameras and a high tech command center. 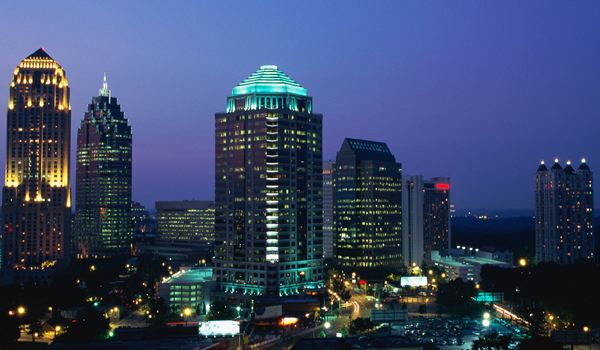 “When the project first started, the University of Georgia estimated that the city would need 828 employees. But because the town is managed by a private company, they’ve cut their workforce down to just 471 people. Besides fire and police, the city only has eight full-time public employees.

“Because of this efficiency, Sandy Springs generates huge surpluses. They have no unfunded liabilities. The city specifically decided not to use the traditional pension model – a model which has put almost every government across America in an unsustainable pension crisis. Instead, employees can choose their own 401K package to prepare for retirement, if they wish.

“If part of the government performs poorly, the city can fire that company, and bid the contract to another company. In 2011, the city said farewell to the main company that was managing the vital functions of government CH2M Hill, and opted to go with another company. This saved the city over a million dollars.”

Cities around the world are looking to Sandy Springs as a model for city government reform. It’s time for the people of Detroit to take a trip down south.

More Predictions About the End of the World that Paralyze Christians