Soft-Selling Communism and Stalinism in the ‘Trumbo’ film

My wife and I sat down the Saturday before the Academy Awards to watch the 2015 film Trumbo. Dalton Trumbo is played by Bryan Cranston who did a marvelous job, certainly worthy of the Academy Award nomination he received for Best Actor.

It’s loosely based on the Hollywood screenwriter, author, and self-admitted Communist Dalton Trumbo (1905-1976) who was cited for Contempt of Congress for which he spent nearly a year in prison and blacklisted by film studios. I’ve been familiar with Trumbo’s work since the early 1970s through his 1939 anti-war novel Johnny Got His Gun, based on a case of World War I survivor who suffered shocking debilitating injuries.

“Shortly after the 1941 German invasion of the Soviet Union, Trumbo and his publishers decided to suspend reprinting the book until the end of the war.” With the escalation of the Vietnam War, the book became popular again, so much so that Trumbo directed the 1971 film version of the novel that starred Timothy Bottoms.

Metallica’s song “One” is based on the film.

One scene in Trumbo caught my attention. Trumbo’s oldest daughter asks him if he’s a communist. Instead of answering yes or no, he asks her, “Would you share your sandwich with someone who did not have one?” to which she replies, “Of course.” Ipso facto, he replies, “So that makes you a communist too.” If Communism is just sharing, then who could be opposed to Communism?1 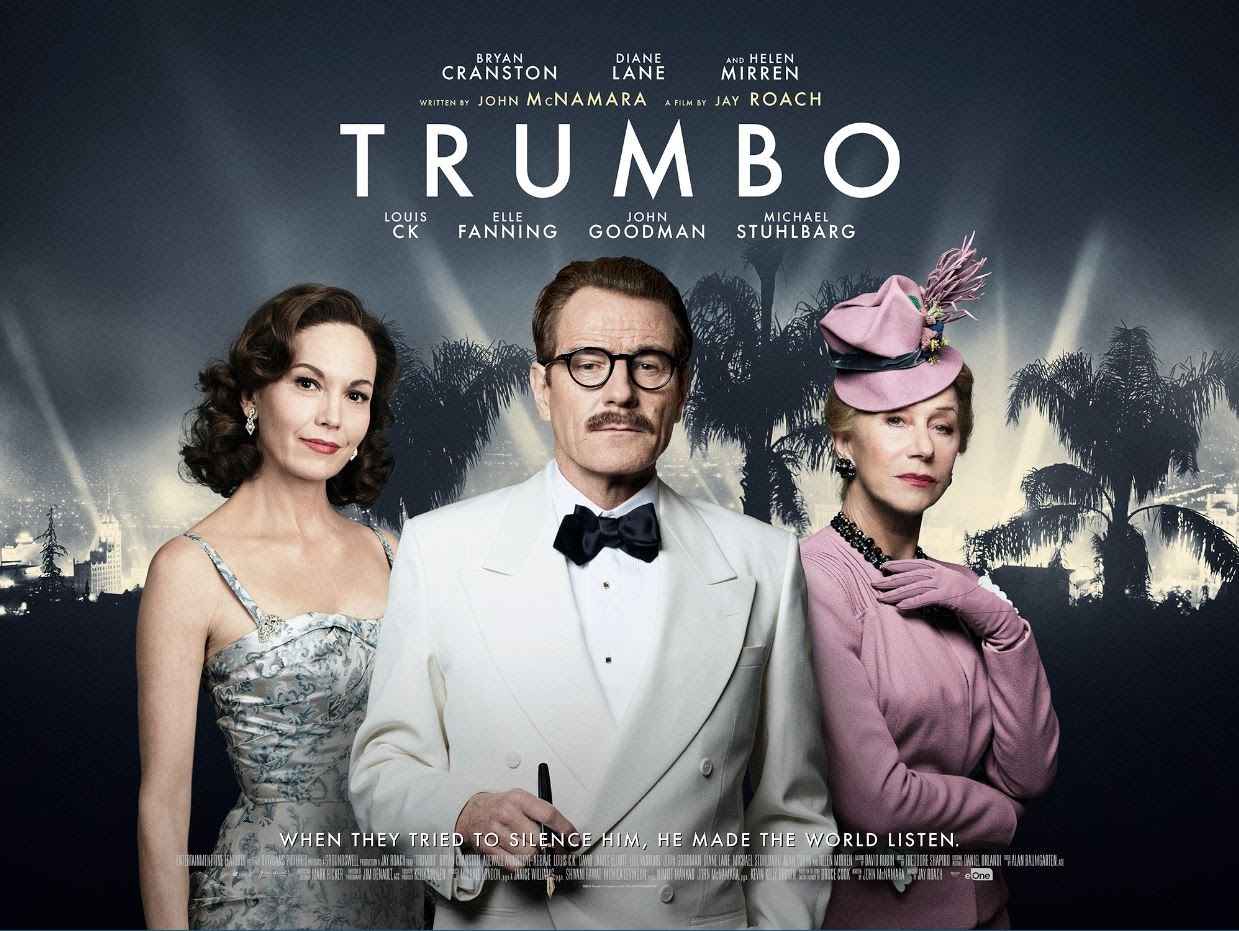 Are people sharing their sandwiches in North Korea and Venezuela? No, because there are no sandwiches to share. Communism isn’t about sharing. It’s about brute force.

Charity is sharing . . . voluntarily. That’s not Communism. The Good Samaritan extended mercy by way of self-sacrificing charity by sharing what belonged to him with a man beaten by robbers:

“‘But a Samaritan, who was on a journey, came upon him; and when he saw him, he felt compassion, and came to him and bandaged up his wounds, pouring oil and wine on them; and he put him on his own beast, and brought him to an inn and took care of him. On the next day he took out two denarii and gave them to the innkeeper and said, ‘Take care of him; and whatever more you spend, when I return I will repay you’” (Luke 10:30-37).

The oil, wine, the Samaritan’s mode of transportation, and the two denarii were his.

Jesus and His disciples shared a common purse as they traveled. This, too, was voluntary. No one was forced to participate.

Appeal cannot be made to Acts 2:44-45 and 4:32-37. These early Christians voluntarily sold their property and used the proceeds to help those in need. Neither the Roman Empire nor the Church had any role in the sale of the property. John R. Richardson writes:

“No one was forced into giving up his goods and possessions. It was not socialism legislated either by church or state. It does not resemble modern communism in any respect. . . . Ananais was free to keep or sell his property. When he sold it, he had the right to determine whether he would give all of it, or part of it, or none of it, into the treasury of the church for the alleviation of the needs of poor Christians. J. W. Lipscomb is certainly correct when he says, ‘The program was a voluntary expression of Christian concern for the needs of fellow Christians, and was not a program for compulsory collectivism such as we hear advocated all too often today.’”2

William Bradford (1590-1657), the acting governor of Plymouth Colony, wrote the following in his first-hand history of events:

“The experience that we had in this common course and condition, tried sundry years . . . that by taking away property, and bringing community into a common wealth, would make them happy and flourishing – as if they were wiser than God.

“For this community (so far as it was) was found to breed much confusion and discontent, and retard much employment that would have been to their benefit and comfort. For young men that were most able and fit for labor and service did repine that they should spend their time and strength to work for other men’s wives and children without [being paid] that was thought injustice.

Not only is Socialism immoral by being in violation of the Eighth Commandment; it doesn’t work.

Democrats who claim that rich people are not paying their “fair share” in taxes are the less violent version of Communism. The government only uses force if you refuse to pay. No guns are needed. The long arm of the law will just empty your bank account, garnish your wages, and sell off your property for your failure to “share.”

Trumbo was a man of multiple contradictions. He claimed to be a Communist but was a very rich capitalist, described by his communist friends as a “swimming pool Soviet” because the 320-acre ranch where he and his family lived had its own private lake. No community swimming hole for the Trumbos.

The biggest lie of Trumbo, Danusha V. Goska writes, “is the film’s treatment of communism. Soviet communism murdered tens of millions of innocent human beings. The USSR did have spies active in the US. They did do damage. Dalton Trumbo did obey party dictates to insert communist material into scripts.”

It’s not as if Trumbo was ignorant of Communism’s atrocities. He admitted  in a letter that he had read former Communist authors who haddenounced their former affiliation and exposed “Stalin’s repression and the existence of a secret Gulag.”3 One of them was Arthur Koestler. Koestler had joined the Communist Party of Germany in 1931, but by 1938 he had left the party having become disillusioned with Stalinism. In 1940 he published his anti-totalitarian novel Darkness at Noon.

“Darkness at Noon is an allegory set in the USSR (not named) during the 1938 purges, as Stalin consolidated his dictatorship by eliminating potential rivals within the Communist Party: the military, and the professionals. None of this is identified explicitly in the book. Most of the novel occurs within an unnamed prison and in the recollections of the main character, Rubashov.”

Trumbo knew what Koestler was describing, and he chose to ignore the warnings, not only Koestler’s but other writers as well. Koestler also edited the 1949 book The God That Failed “which collects together six essays with the testimonies of a number of famous ex-communists, who were writers and journalists. The common theme of the essays is the authors’ disillusionment with and abandonment of communism.”

The history of Communism is a record of genocide,4 as D. James Kennedy and Jerry Newcombe show in their book What If Jesus Had Never Been Born?:

“Mao killed about 72 million human beings from 1948 to 1976. When we add the 40 million Stalin is responsible for, we come to a number of 112 million. Throw in Hitler’s 15 million (not counting the devastating war he started!), and we come to about 127 million. Add other killings by other atheistic and totalitarian states — as a result of their atheistic ideology — you come up with a number of more than 130 million.”5

Alexander Solzhenitsyn’s “estimates reach as high as sixty million” deaths just during Josef Stalin’s reign of terror.6 “Historian Robert Conquest, in The Harvest of Sorrow, his definitive account of Stalin’s reign of rural terror, estimated that 14.4 million people, half of them children, perished.”7

In addition to supporting an ideology that led to the deaths of tens of millions, Trumbo hid behind the First Amendment, a right that would not have been afforded to him if he had moved his family to a Communist nation. Trumbo was like so many limousine and private-jet liberals who support Hillary Clinton or Bernie Sanders and their wealth confiscation policies after they’ve made their multi-million-dollar fortunes. They love socialism because it keeps the competition at bay.

There’s Leonardo DiCaprio — net worth $245 million with at least five homes and a private island — promoting the scare of global warming while he jet-sets around the world burning up tens of thousands of gallons of jet fuel.

Soft-Selling Communism and Stalinism in the ‘Trumbo’ film