Rainbows, Lightning, and Droughts: What About These Signs?

You may remember when Ireland voted to sanction same-sex marriage that gays around the world were ecstatic and made mention of a double rainbow in the sky as some sort of divine approval of the vote. 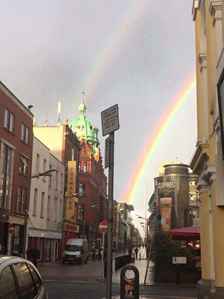 I asked in an article on the claim, “So what about the rainbows that appeared when 30 states in the United States voted against same-sex marriage? If homosexuals want to see a real correlation between homosexuality and a ‘sign,’ I suggest they take a look at disease statistics as reported by the Centers for Disease Control and Prevention (CDC): 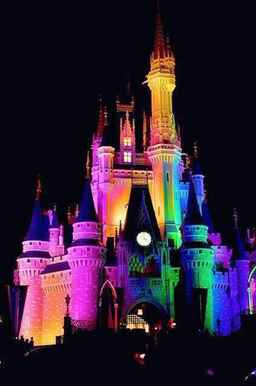 Speaking of signs, what about the lightning strikes on the Disney Castle soon after the castle had been lit to celebrate the SCOTUS ruling forcing same-sex marriage on all 50 states? 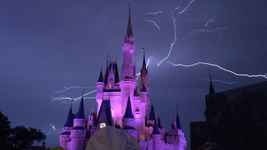 Maybe the lightning strikes were also a sign from heaven expressing God’s disapproval.

One more thing. Remember the California drought? The whole gay marriage thing got started when a single homosexual judge overturned the popular vote of Californians who refused to legitimize same-sex marriage.

Proposition 8 was a statewide ballot proposition in California that eliminated the right of people of the same sex couples to marry each other. On November 4, 2008, voters approved the measure and made same-sex marriage illegal in California – 52.24% to 47.76%. This was liberal California!

Immediately the same-sexers went into action. Unlike some Republicans like Marco Rubio who has acquiesced to the SCOTUS ruling by declaring “it’s the law,” liberals never take no for an answer. They continue to fight. Proposition 8 was the law until homosexuals fought it and overturned the vote.

What about the sign of California’s drought? Is God sending a message to California for the abuse of his covenantal sign of the rainbow and the approval of the abomination of same-sex sexuality? “A drought on her waters, and they will be dried up! For it is a land of idols, and they are mad over fearsome idols” (Jer. 50:38).

Our Government Would Outlaw the Declaration of Independence Today

Homosexuals Want to Limit Marriage Now That They Got Their Way

Rainbows, Lightning, and Droughts: What About These Signs?