While on an excursion to the Temple of Poseidon in Cape Sounion, Greece, someone asked the guide about education in Greece. She said it was free. I kept my mouth shut. The last thing you want to do on a cruise ship is make enemies. Being tossed overboard in the middle of the night is not the way I want to spend my “listening tour.”

She redeemed herself by telling us that the unemployment rate is around 25 percent. Because education is “free,” unemployed young people use the “free” education stipend to stay in school, some as long as 15 years. She said, “People can’t appreciate something when they didn’t have to pay for it.”

As most of you know, Greek is in a deep economic crisis. Everywhere we went, we saw graffiti. It’s not gang related. Much of it is protest “art.” Cuts in “social programs” is receiving the most attention, as well they should. There’s only so much people can be taxed to support other people.

Doug Bandow neatly summarizes Greece’s problem that is also ours:

“Greeks long have enjoyed a Mediterranean culture very different from that of the northern European states. Time is flexible, leisure is mandatory, and work is unfortunate. Government is a tool by which everyone attempts to live off of everyone else, though politics is the only sure means to succeed in doing so. Generous public benefits are the norm, irrespective of whether or not there is any money to pay them. It’s a wonderful system as long as everyone feels comfortable living a lie. And if it’s how Greeks want to live, why should anyone else complain?” (Forbes)

There are a lot of hard-working people in Greece who are getting squeezed by the caretaker State. Tourism is helping keep the economy upright.

There’s a liberal meme gong around that lists the cost of college in several countries. It’s been put together by Occupy Democrats. Occupy Democrats was founded in 2012 as an advocacy group created to counterbalance the Republican tea party, and to “give President Obama and other progressive (liberal) Democrats a Congress that will work with them to grow the economy, create jobs, promote fairness and fight inequality, and get money out of politics!’”

How does a liberal “grow the economy”? By taking money from some people and giving it to others.

The folks at Occupy Democrats are idiots, and so are the people who follow their misinformed memes that pop up frequently on Facebook. When it’s claimed that the cost of college in countries like Chile, Brazil, Germany, Finland, France, and Norway is “free,” Occupy Democrats are lying. Nothing is free. Someone’s paying for it, and the people who are paying for it are not doing it voluntarily. Money is taken from some people and given to other people. This is called theft.

A few days before leaving for this trip, most voters voted to raise taxes to fund schools. Why not just tax the people who are sending their children to government schools? Why should I be forced to fund the education of someone else’s children? What would people do if thieves took money out of bank accounts to fund their children’s education? They would have them arrested and force them to pay back what they stole and serve some jail time.

When governments do it, it’s theft by majority vote. Either way, it’s still stealing and violates the second principle of economic theory and practice (the first is “You shall not steal”): TANSTAAFA: There Ain’t No Such Thing as a Free Anything.

While something might appear to be free (e.g., education, healthcare, etc.), there is always a cost to someone. Ignore this law, and all economic hell breaks loose. Of course, politicians believe they can ignore and break these laws because they consider themselves to be gods. They are no more gods than Poseidon and Zeus whose temples are tourist attractions. 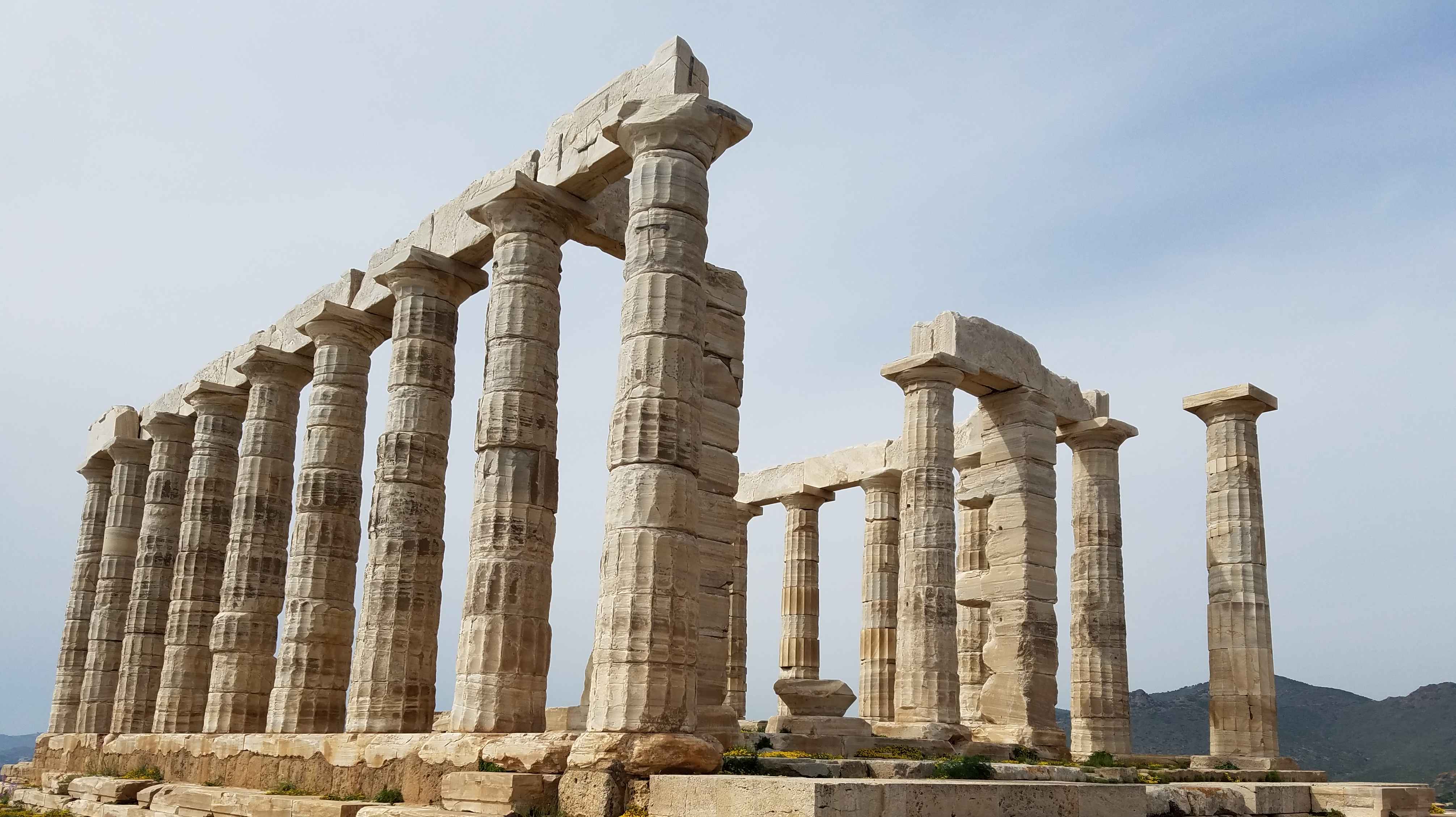 The Temple of Poseidon at Cape Sounion, Greece.

These politicians believe they can create economic prosperity ex nihilo — “out of nothing” — simply by legislating it. If people aren’t being paid enough, then legislate a higher wage. Never mind if people are laid off, prices are raised so people have to pay more, and companies go out of business. Prosperity can be legislated because legislators say it can.

Those who receive these benefits are not concerned because someone else is paying for them and we’re a “democracy.” Just because politicians can create economic programs does not mean they are moral or will work. Putting people in power so they can take money from you and me and give it to strangers does not make it right, whether they are Republicans, Democrats, or so-called independents.