Nancy Pelosi keeps appealing to the Bible in support of her lunatic policies. Her fellow liberals don’t seem to mind. Whatever happened to opposing “mixing religion and politics”? Only liberals can mix religion and politics. We know this because of the way liberal black churches endorse candidates seemingly in violation of IRS regulations and no one seems to protest.

On Tuesday, Pelosi appealed to how Mary and Joseph escaped the impending slaughter of the children under Herod (Matt. 2:13, 16-18):

“I reference the conference of bishops’ statement in which they say baby Jesus was a refugee from violence. Let us not turn away these children and send them back into a burning building. That’s the bishops, so we have to do this in a way that honors our values but also protects our border and does so in a way that the American people understand more clearly.”

Are we to assume that all the unaccompanied children coming across our border will be murdered by their political leaders if they stay in their home countries?

Isn’t it rather odd that many of these minor children were abandoned by their parents? If a mother leaves her unaccompanied child to play in a park for a few others, she is cited for child endangerment. But if parents send their children a thousand miles away on a trek to an unknown future, that’s praise worthy.

Let’s keep in mind that the infant Jesus was accompanied by his parents. The family remained in Egypt “until the death of Herod” (2:15, 19-21; Hosea 11:1). They then returned as an intact family back to their home country even though danger still existed (Matt. 2:22-23).

Pelosi’s most recent biblical analogy about immigration is the story of Moses:

“These are children coming over the border. They are children,” adding “what would we do if Moses had not been accepted by the Pharaoh’s family. We would not have the Ten Commandments for starters. You understand my point, historically we have a challenge and we have examples of humanitarian assistance that should guide us.”

In the case of Moses, there was a willing family to take in the baby. The mother of Moses actually nursed her own child (Ex. 2:7-10). This is hardly analogous to what’s happening today. 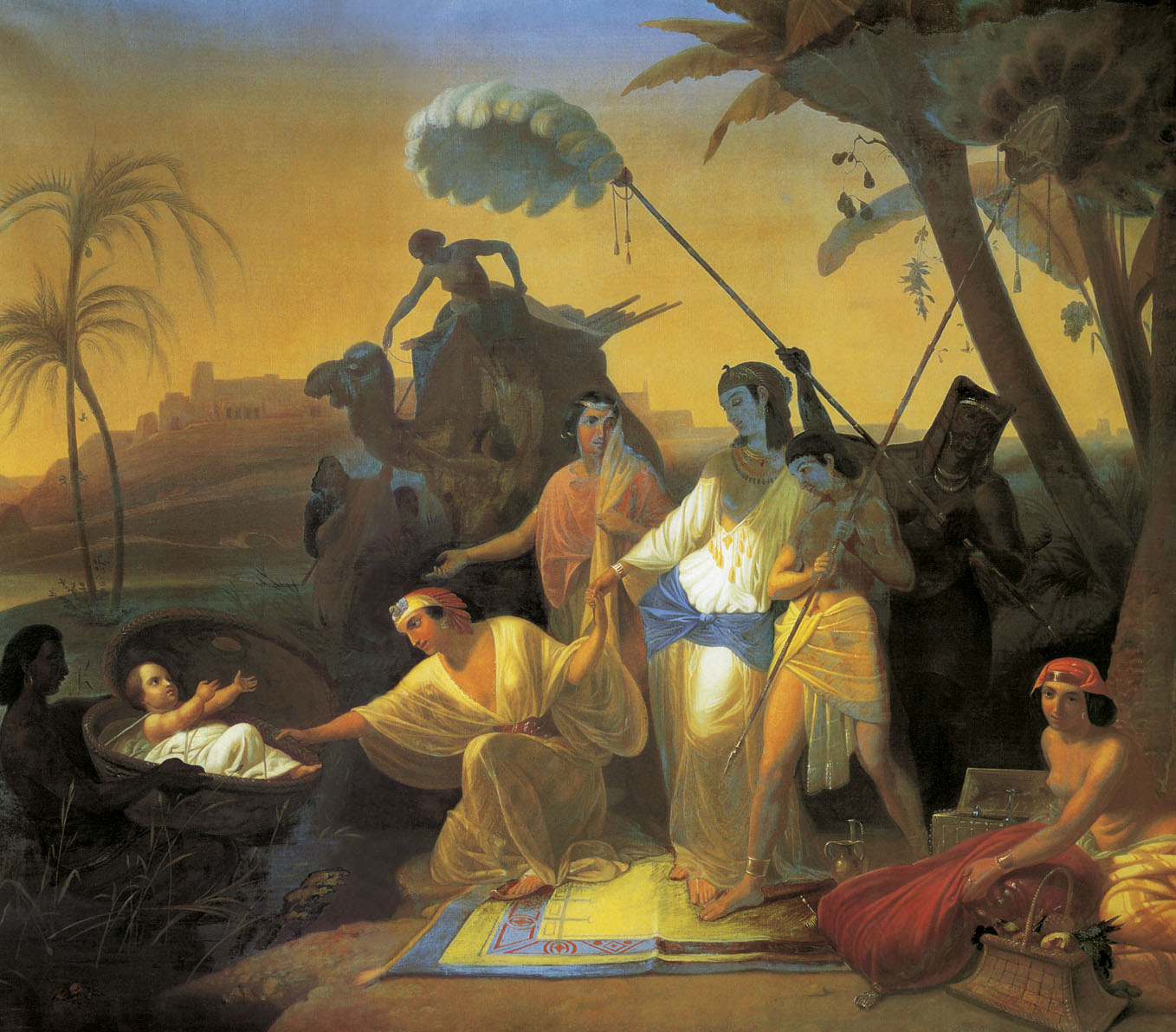 I’m glad Nancy Pelosi has some regard for the Ten Commandments, and by extension, the other laws that were given through Moses (John 1:17; 7:19), including those condemning abortion (Ex. 21:22-25)1 and homosexuality (Lev. 18:22; 20:13). These laws were also given through Moses. But that’s a topic for another day.

Even anti-Christian Jerry Brown who just signed a bill replacing the words ‘husband’ and ‘wife’ in state law has “gotten religion” on immigration.

I am not opposed to helping the children of the world, but there needs to be a plan like there was when an immigration center like Ellis Isle was in operation.

George Will is right, if the children were placed in willing homes around the country, there would be very little impact, and the majority of Americans would not have a problem. Also, assimilation is necessary. Immigrants, like those of generations ago, wanted to be Americans.

Legal immigration is taking place all over America. Consider Pittsburgh, Pennsylvania. There wouldn’t be a Steel City without immigration.

“Nearly half of the immigrants arrived here since 2000, paced by an influx of 6,059 war refugees and religious dissidents from 27 nations seeking sanctuary. One in 14 Pittsburgh residents was born in another country.

“Every two to three weeks, employees from the nonprofit Northern Area Multiservice Center in Sharpsburg drive to Pittsburgh International Airport to retrieve dozens of refugees.

Just like Polish, Italian, Irish, Jewish, Ukrainian, and other immigrant groups made Pittsburgh what it is today, these new immigrants will do the same. Pittsburghers are welcoming them. “[O]verall, it’s been a success because the Pittsburgh region is such an open and friendly place,” said Susan Rauscher, executive director of Catholic Charities USA.

Many Americans are upset with what’s happening at our southern border because they believe there is a political motive behind it not because they want to turn away innocent children.

Shut Up About the Impeachment of Obama