Georgia College Prohibits Student from Talking to Other Students About Jesus

Who would have thought that in the buckle of the Bible Belt that a Christian would be forbidden from speaking to other students about the redemptive work of Jesus Christ? But it happened.

At Georgia Gwinnett College, in one of the most conservative areas of Georgia, the administration of the college said that the use of the words “sin” and “sinners” are “fighting words,” therefore, they were justified in refusing him access to the school’s property to present the gospel to his fellow students.

The following is from Campus Report:

“Georgia Gwinnett College tried to dispel a First Amendment lawsuit by claiming that it removed a preacher from campus because his discussion of the Gospels rose to the level of ‘fighting words.’”

The Alliance Defending Freedom (ADF) filed a lawsuit in December challenging the Georgia college’s restrictive speech policies after student Chike Uzuegbunam was repeatedly prohibited from discussing his Christian faith on campus, even after he had obtained permission to do so in one of the school’s free-speech zones.

Instead of having to explain how its actions violated the First Amendment, the school made up the “fighting words” claim. Following the school’s line of reasoning, any type of speech could be deemed “fighting words” and prohibited. Is this an exaggeration? The following is from the motion filed by the college’s legal representative:

“Plaintiff [Uzuegbunam] exclaimed a divisive message directly to a group of ‘many’ individuals while standing on top of a stool, and, in doing so, actually caused a disturbance,” the motion contends, adding that the ‘Plaintiff used contentious religious language that, when directed to a crowd, has a tendency to incite hostility.’”

The above claim could be made to apply to any topic, and, of course, that’s the goal. If these college snowflakes can’t engage in a discussion of the gospel, then it’s time they move back home and find solace in their parents’ basement.

In Scott Greer’s book No Campus for White Men: The Transformation of Higher Education Into Hateful Indoctrination,  we get an introduction to what has happened to today’s college campuses, and it’s downright depressing:

American universities were once the cultivators of the nation’s brightest minds, the gateway to the middle class, and forums for the exchange of ideas and innovations.

Now they can’t tolerate chalk marks in support of a certain Republican presidential candidate. In March 2016, students at Emory University found themselves the victims of “chalkings” proclaiming the oh-so horrifying slogan “Trump 2016.” This unbearable sight caused some at the Atlanta-based school to fret for their safety and condemn the chalky political speech as a form of racial intimidation.

Because these students felt so threatened by fairly tame political speech, they demanded their university president condemn the act in the strongest terms possible.

There is no doubt that the gospel message is contentious. Christians around the world are dying every day because of it. Christianity is the most persecuted religion in the world today.

“Nearly one Christian is killed every hour around the world for practicing their faith, said the Archbishop of the U.S. capital. . . . ‘Reports suggest that about 200 million Christians around the world are at risk of physical violence, arrest, torture, even death simply because they live and practice a faith that is not acceptable to the rulers in that part of the world,’ he pointed out.” (Breitbart)

The Greeks didn’t have any “safe places.” Some who heard Paul’s message “sneered” and others “joined him and believed” (Acts 17:22-34).

The folks at Georgia Gwinnett College need a history lesson. The university system in the United States was founded on the message of Jesus Christ: 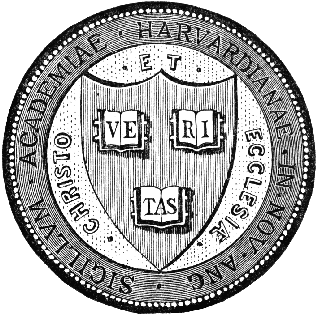 It’s gotten so bad that “The idea that there is a single truth – ‘the Truth’ – is a construct of the Euro-West that is deeply rooted in the Enlightenment. . . ” Given this operating premise, is the claim that there is no “the Truth” true?

Georgia College Prohibits Student from Talking to Other Students About Jesus