The radical leftist policies of the 1960s have come home to roost. The new ultra-radicals have out-radicalized their hippie-era malcontents. The Lord of the flies has come to university campuses. “Yes, the adults now fear the children.”

Sit-ins are passé. The new-radicals are going for the heart of the universities, hitting them in the pocketbook, by going after the football program.

It only took a minority of students, the football coach, and a majority of the football players and coaches to bring down a university. To be accurate, one student told ESPN, “As much as we want to say everyone is united, half the team and coaches — black and white — are pissed,”

Of course, I’m talking about the University of Missouri and the resignation of President Tim Wolfe. Why did he resign?: accusations of “white privilege,” Ferguson (120 miles away), “anti-homosexual and anti-transgender attitudes,” and not meeting the demands of black students regarding an off-campus racial incident that at this point in time is hearsay.

“The group of students accused Wolfe of enabling ‘a culture of racism’ on campus and ignoring student concerns about recent events. Wolfe resigned after members of the college football team joined the protests, saying they wouldn’t suit up for the next game.”

Naturally, President Obama supported the protests and the resignation of the President even though no evidence had been put forth supporting the claim of the verbal racial attack.

Let’s see if he supports them when students no longer apply to the school and when graduates don’t get jobs because they may be seen as trouble makers.

If the student body wanted to protest something, they should have protested that “University of Missouri football coach Gary Pinkel will make $4.02 million per year, an increase from $3.2 million in annual guaranteed compensation and a contract extension through 2021 that was approved by the MU Board of Curators.”

Here’s what I would have done if I had been president. First, I would have warned the coaching staff and players that if they boycotted the upcoming football game that the coaches would be fired and the players would be dismissed from the team.

Second, I would have brought in a legal team informing them that they would be held financially libel for any lost revenue.

Third, I would have told any of the protestors that if they did not like the school, they could transfer.

The administration’s failure to stand its ground will only result in further demands. Similar insanity is going on at Yale over Halloween costumes. 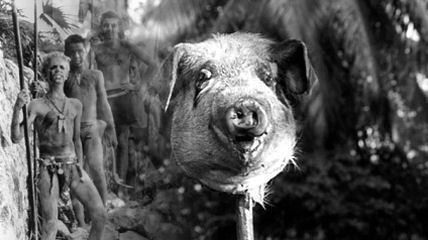 Early in Ronald Reagan’s first term as President he was confronted with an air traffic controllers strike.

“The Professional Air Traffic Controllers Organization or PATCO was a United States trade union that operated from 1968 until its decertification in 1981 following an illegal strike that was broken by the Reagan Administration. The 1981 strike and defeat of PATCO was called ‘one of the most important events in late twentieth century U.S. labor history’ by labor historian Joseph A. McCartin.”

President Reagan gave the union workers 48 hours to return to work. Those that didn’t would be fired. “On August 5, following the PATCO workers’ refusal to return to work, Reagan fired the 11,345 striking air traffic controllers who had ignored the order, and banned them from federal service for life.”

This decisive act sent a signal to other government unions and, according to Peggy Noonan, “foreign governments, from friends and allies to adversaries and competitors, saw that the new president could make tough decisions, pay the price, and win the battle.”

President Wolfe did not learn the lessons of history. He could have been a Reagan. He might have been instrumental in turning the American University system around. Reagan laid “down a marker” for his presidency; Wolfe only made it harder for the next university president to do his job.