On Facebook, someone asked the question, “Is it ever right to lie?” Some people answered “no.” Others who are more familiar with the Bible noted that there were times when people did lie to save lives.

There are numerous stories about how Gentiles lied to the Nazis by hiding Jews, like the way Rahab hid the spies from the king of Jericho (see below). In Give Me the Children: How a Christian Woman Saved a Jewish Family During the Holocaust, Pola Arbiser describes how her nanny defied the law and hid her and her sister from Nazi officers. The Jewish community of survivors has described these resistors as “righteous gentiles”1 or simply “Christian rescuers.”2

These actions were considered moral even though they violated Nazi Reich law and included a great deal of deception (lying). Thomas Kineally’s book Schindler’s Ark (later made into the film Schindler’s List) shows the highest praise for those who defied what was a “legal” government policy. Schindler was engaged in a massive lie to save 1200 Jews, having “spent his entire fortune on bribes and black-market purchases of supplies for his workers.” Was Oskar Schindler wrong to lie? “He was named Righteous Among the Nations by the Israeli government in 1963.” (Wikipedia)

In times of war and the rise of tyranny, deception is often the only way to survive. Are prisoners of war always required to tell the truth? Should a group of prisoners planning to escape reveal their escape plans? If you are someone who claims that it’s always wrong to lie, would you counsel your fellow POWs not to deceive your captors?

And when [the priests, the captain of the temple guard, and the Sadducees] had summoned them, they commanded them not to speak or teach at all in the name of Jesus. But Peter and John answered and said to them, “Whether it is right in the sight of God to give heed to you rather than to God, you be the judge; for we cannot stop speaking about what we have seen and heard” (4:18-20).

Rahab hid the two spies of Israel and lied about their location. When a route for escape became available, she led them out another way from that of the pursuing soldiers. The king issued a command to Rahab: “Bring out the men who have come to you, who have entered your house, for they have come to search out all the land” (Josh. 2:3). She disobeyed a direct command of the “king of Jericho.” Some want to maintain that Rahab was right in “welcoming the spies in peace” (Heb. 11:31), but she was wrong in lying about the location of the spies. The following is a representative example that Rahab’s lie was wrong:

We see, therefore, that neither Scripture itself nor the theological inferences derived from Scripture provide us with any warrant for the vindication of Rahab’s untruth and this instance, consequently, does not support the position that under certain circumstances we may justifiably utter an untruth.3

Contrary to Murray, “for what Scripture commends is precisely her concealment, her creating a false impression in the minds of the Jericho officials…. Murray is saying in effect that we should never mislead with our words, but we may mislead people by the way we behave. That distinction is not cogent.” (John Frame)

Rahab had changed her allegiance from Jericho to Israel. Conditions of war were operating. If she had told the truth to the men seeking the two spies, she would have been an accomplice in their deaths.

There is another point that is often missed in this story about Rahab’s lie. “Joshua the son of Nun sent two men as spies secretly from Shittim” (Josh. 2:1), like the command given by God to Moses to send 12 spies into the land of Canaan (Num. 13:1-2). The text continues by telling us that “they went and came into the house of a harlot whose name was Rahab and lodged there.” Did they announce that they were Israelite spies at the city gate? Joshua says the operation was to be done “secretly,” that is, without revealing the truth of their mission.

Are not “spies” in the business of lying? Why was Joshua right to send men to spy out the land, while Rahab was wrong to lie about the route the spies took? Why were the spies right in hiding and Rahab wrong in not revealing where they were hiding? Isn’t hiding an act of deception? Why didn’t the spies rebuke Rahab for lying? Why didn’t the spies leave by the same route they entered the city? Instead, they were accomplices in Rahab’s lie by allowing her to “let them down by a rope through the window” (2:15).

Rahab is praised by two New Testament writers for her actions: “By faith Rahab the harlot did not perish along with those who were disobedient, after she had welcomed the spies in peace” (Heb. 11:31). Rahab is listed with Abraham as one whose faith was reflected in her works: “And in the same way [as Abraham] was not Rahab the harlot also justified by works, when she received the messengers and sent them out by another way?” (James 2:25; Joshua 6:17, 25). By sending the spies out by another way, she subverted the king’s desire to capture them. God commended Rahab for deception.

Again, the circumstances were atypical. “The critics of Rahab’s lie apparently think her case is analogous to David’s adultery with Bathsheba, a union which ultimately produced Solomon. We are not, of course, bound to praise David’s action simply because Solomon’s rule produced many desirable results (such as the construction of God’s temple). We are specifically told that David’s adultery was abhorrent in the eyes of God; we are not so informed about Rahab’s actions.”4

Consider the case of Jael and Sisera. Sisera had fled from a battle and comes upon a woman named Jael. She lures him to her tent under false pretenses:

Jael went out to meet Sisera, and said to him, “Turn aside, my master, turn aside to me! Do not be afraid.” And he turned aside to her into the tent, and she covered him with a rug.  He said to her, “Please give me a little water to drink, for I am thirsty.” So she opened a bottle of milk and gave him a drink; then she covered him. He said to her, “Stand in the doorway of the tent, and it shall be if anyone comes and inquires of you, and says, ‘Is there anyone here?’ that you shall say, ‘No.’” But Jael, Heber’s wife, took a tent peg and seized a hammer in her hand, and went secretly to him and drove the peg into his temple, and it went through into the ground; for he was sound asleep and exhausted. So he died” (Judges 4:18-21). 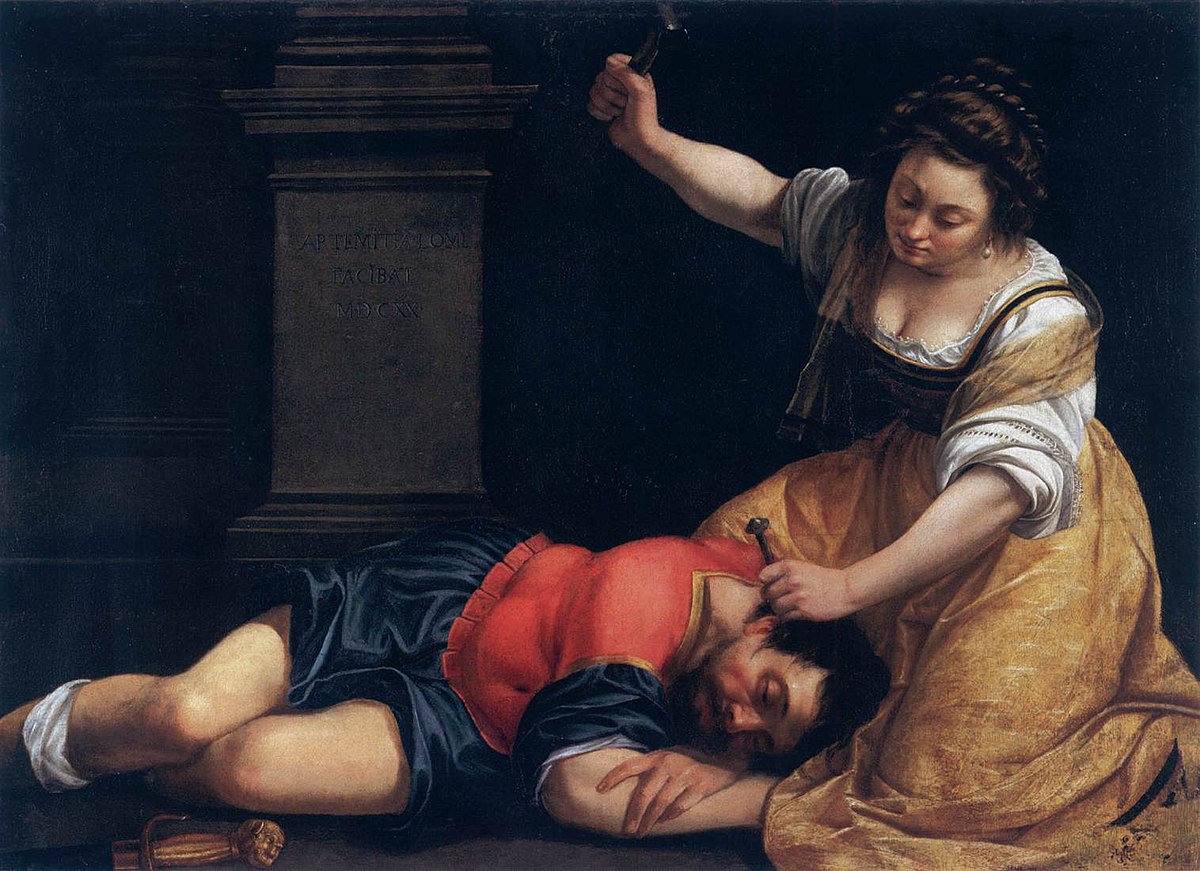 How is Jael described for her deception?:

The issue of lying and deception in times of war and rising tyranny is an important topic that needs to be settled before they happen.

Do You Want the Government to Define “Mental Health” So You Can Buy a Gun?