Sexual abuse, demeaning women, and promoting all types of sexual libertinism are the domain of the Democrats and their supporters. The latest is Harvey Weinstein. He’s one of Hollywood’s legends and a big donor to liberal causes, the Democrat Party, and Hillary Clinton. He was/is a big supporter of former President Obama. The Obamas couldn’t say enough good things about Weinstein.

Hollywood itself is flush with hypocrisy. While it decries gun violence and the objectification of women, many of the films it produces are filled with them. For example:

Three of the top five movies at the box office featured characters blasting away with automatic weapons. Two — Kingsman: Golden Circle and American Assassin — included so many examples of such violence that the numbers were difficult even to count.

An analysis of the top five movies in theaters the week before the attack (Sept. 22-28) showed incredible big-screen carnage, including characters firing handguns and employing a wide range of other forms of violence.

Because The Lego Movie is animated, it wasn’t included in the tally. So just four movies — Kingsman: Golden Circle, American Assassin, It, and Mother! — featured 589 incidents of violence, including 212 incidents of gun violence. The total body count of the four was at least 192. At least 108 times, some kind of automatic weapon was used. Those guns fired so many rounds, so rapidly, an accurate tally of shots or even shooters was impossible. (Newsbusters)

Then there’s the sex. I won’t rehearse the amount of promiscuous, adulterous, homosexual, and sexual assaults in films produced by the liberal Hollywood elite. There’s too much of it to catalog here.

Democrats have swept the issue of sexual assault in their own party under the rug for years while claiming they are the party of equality for women. There was Senator Ted Kennedy — the “Lion of the Senate” — who let a woman drown in a car he was driving. If the Chappaquiddick Affair had happened to any other politician (especially a Republican), their political career would have ended the day the news broke.

The Chappaquiddick story is so well known that the words “Ted Kennedy” and “Chappaquiddick” are inseparably linked for all time. It is beyond me to understand how the majority of voters in Massachusetts continually elected this man to the Senate every six years.

Kennedy was drunk the evening of July 18, 1969, when he drove his car off Dike Bridge and into Poucha Pond, leaving Mary Jo Kopechne, a young campaign worker, to drown. To add to the tragedy, Kennedy left the scene of the accident and did not report it to the police until 9:45 the next morning. Kennedy hoped to contrive a story that would put Kopechne in the driver’s seat and absolve him of criminal neglect for driving too fast for conditions and under the influence.

Fortunately, no one would go along with this particular lie, although there was still a massive cover-up by the Kennedy political machine to protect the powerful Senator.

The Kennedy operatives whisked the other “Boiler Room girls” — who had been with Kennedy and Kopechne at the Lawrence Cottage, where the party was held — off the island and removed any evidence that the senator had been drinking. In addition, the fact of Kennedy’s expired driver’s license disappeared from the Massachusetts motor vehicle office.

Chuck Moss, a journalist for the Detroit News, got it right in his review of Leo Damore’s Senatorial Privilege: The Chappaquiddick Cover-Up. Damore’s book “reveals the arrogance, the power and the corruption that permitted him to simply walk away into the future, where he can address a nationally televised Democratic convention [in 1988] — on the subject of public morals.”1 Two months before his death in 1979, former State Police Detective George Killen said Senator Kennedy “killed that girl the same as if he had put a gun to her head and pulled the trigger.”2

Bill Clinton has been accused of sexual assault by numerous women. Some women have accused him of rape. Let’s not forget his sexual dalliances with intern Monica Lewinsky. Again, if this had been a Republican President, he would have resigned. Instead, Bill Clinton became the loverboy of the Democrat Party and the Democrats were proud of their bad-boy Bill.

Anthony Weiner is another Democrat who had his own sexual issues. His wife was Hillary’s confidant. Weiner was sentenced to 21 months for sending explicit messages to a 15-year-old girl. Weiner said he had a “sickness.” If a person is sick, then there is no moral culpability. Liberals rarely mention morality, unless, of course, they’re talking about how immoral it is for Republicans to lower tax rates on the “rich.” It’s OK for Democrats to use the power of government to steal money (that’s not immoral), but don’t anyone propose not to steal so much from people who earn lots of money.

Harvey Weinstein is the latest sexual miscreant to emerge from the Democrat rat hole. He has been a big Democrat supporter and funder. He’s poured nearly a million dollars to help Leftist candidates. The media have tried to bury the story for the simple reason that it would embarrass the Left, Democrat, and the Obamas who have been big supporters. Weinstein was a frequent visitor to the White House, as reported by Charlie Spiering: 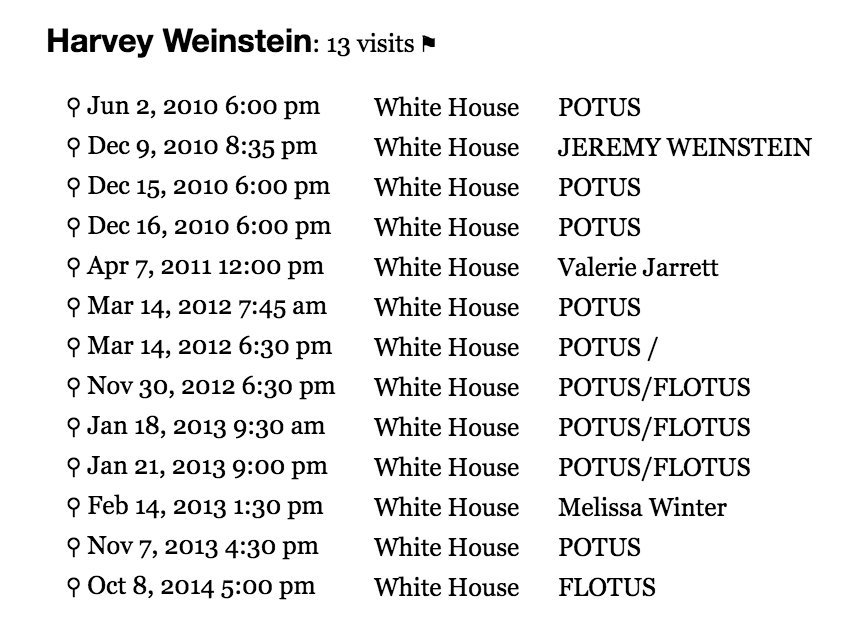 The Democrats own the same-sex/transexual movement — from the parades to the sexual act itself. If you want to know what homosexuality is all about, you can hear it straight from the mouth of a homosexual barista. The video is real, vulgar, and sexually explicit.

Boy Scouts to welcome girls into the tent?