Millions of Christians have become fascinated with the new Blood Moon Theology. The Drudge Report’s lead headline for April 4, 2015 is “‘Blood Moon’ Rises.” More than a dozen books have been written on the subject and countless articles both for and against the prophetic significance of so-called.

The lunar events are supposedly all about Bible prophecy and the end of the world or the so-called “rapture” of the church that prophecy prognosticators claim will usher in the Second Coming of Jesus.

Megachurch pastor John Hagee warned “his San Antonio congregation and international following of a ‘world-shaking event that will happen between April 2014 and October 2015.’” He’s not the only one. There are entire websites devoted to the lunar phenomenon that is neither unique, and as we will see, not prophetically significant.

What’s John Hagee’s prophetic track record? He “gained international attention” a few years ago “for a series of sermons asking, ‘Could 2012 be the end of the world as we know it,’ that was broadcast to millions worldwide via his organization John Hagee Ministries and Global Evangelism Television.”

A real prophetic sign would be if the moon actually turned to blood like God turned the Nile River into blood. Now that’s a sign of things to come, and that’s what the passage in Joel 2:31 says! Those who are pushing the prophetic significance of the “blood moon” theology always insist that the Bible must be interpreted literally. Why not in this case? As they always tell us, “With God all things are possible.” So why not a real blood moon?

“Mark [Biltz of El Shaddai Ministries in Puyallup, Washington] found that we have had blood-red moons on the first day of Passover and the first day of Sukkot on back-to-back years seven times since 1 A.D. Three of these occurrences were connected to 1492 (the final year of the Spanish Inquisition), 1948 (statehood for Israel and the War of Independence), and 1967 (the Six-Day War) — some of the most significant days in Jewish history. The others were in 162/163 A.D., 795/796 A.D., 842/843 A.D. and 860/861 A.D. We don’t have any historical connections for these years at this time, but we do know of significant Jewish persecution during the eighth and ninth centuries.

Actually, the tetrads appeared in 1493/1494, 1949/1950. In these two cases the blood moons appeared after the events for which they are said to have prophetic significance. The ones in 1967/1968 appeared during the conflict that lasted just six days. “This isn’t even the first tetrad of this century (that was in 2003-2004) and including this one there will be seven more before the year 2100.”

This means, given the chronology of the appearance of past blood moons, the significant prophetic event of the upcoming blood moons should have happened already. But that’s not prophecy. Prophecy is about what’s going to happen not what already took place.

Notice the years of the other tetrads and this comment: “We don’t have any historical connections for these years at this time.” Why not? If blood moons are so prophetically significant, there should have been a major prophetic event in those years related to Israel. In fact, if these upcoming blood moons are indicators of a so-called “rapture,” then why weren’t they signs for it then? The same question needs to be asked of the ones in 1949/1950 since Israel had become a nation again the year before.

Read more: “Blood Moons, Bible Prophecy, and the Integrity of the Bible.”

And if these upcoming blood moons are so significant for Israel, then why is it that “Data published by NASA reveals that all but the last of the four eclipses will not be visible from the Middle East, and even the fourth will only be partially visible.” This makes no sense if the blood moons are for Israel.

If blood moons are so significant for Israel, then why wasn’t there a tetrad of blood moons when Israel was taken into captivity by the Babylonians in 586 BC, when the temple was destroyed by the Romans in AD 70, an event predicted by Jesus in the Bible’s Olivet Discourse (Matt. 24; Mark 13; Luke 21), or around the time of the holocaust? These events are certainly as significant as Israel becoming a nation again in 1948.

“This is certainly unusual but hardly surprising given that the Jewish calendar is based partly on lunar cycles: Passover is always marked by a full moon and a lunar eclipse cannot – by definition – happen at any other time apart from a full moon.”

“Therefore no one is to act as your judge in regard to food or drink or in respect to a festival or a new moon or a Sabbath day — things which are a mere shadow of what is to come; but the substance belongs to Christ” (Col. 2:16-17).

The Jewish feast days and festivals no longer have any relevance since Jesus has come. Christians are dwelling on blood moons when they should be dwelling on the “sun of righteousness” (Mal. 4:2; cf. 2 Sam 23:4; Isa 30:26; 60:1). It’s Jesus’ real blood shed for us that matters not the atmospheric coloring of the light spectrum that makes the moon look red.

These so-called blood moons have never had any prophetic significance. The blood moon prophecy of Joel doesn’t say that the moon will look blood red; it states that it will turn into blood:

I will display wonders in the sky and on the earth,
Blood, fire and columns of smoke.
The sun will be turned into darkness
And the moon into blood
Before the great and awesome day of the Lord comes (Joel 2:30-31; Acts 2:19-21).

Why doesn’t anyone mention anything about the sun turning into darkness and stars falling (Rev. 6:12-14) in today’s discussion about blood-red moons? It’s a package deal. If we are to interpret Joel’s prophecy and similar prophetic passages correctly, we must understand how this type of language is used elsewhere in Scripture. See passages like Isaiah 13:13, 34:4, 51:6, Ezekiel 32:7-8, and many more.

James Jordan gets to the heart of the meaning of the moon turning into blood passage:

“[T]he turning of the moon to ‘blood’ points, I believe, to something particularly Jewish: the sacrificial system. If they will not accept the blood of Jesus Christ, the final Sacrifice, then they themselves will be turned into blood. They will become the sacrifices. . . . That is what the destruction of Jerusalem in AD 70 was all about.

“But Joel is issuing a warning. Those who listen can escape. ‘And it will come about that whoever calls on the name of Yahweh will be delivered; for ‘on Mount Zion and in Jerusalem there will be those who escape,’ as Yahweh has said, even among the survivors whom Yahweh calls” (Joel 2:32). Just as Isaac escaped death on Mount Zion because of the substitute ram that God provided (Genesis 22:14), so those who trust in the Lamb of God will escape the destruction of Jerusalem in AD 70. Such is Joel’s warning, reiterated by Peter on the day of Pentecost [Acts 2:19-21].” 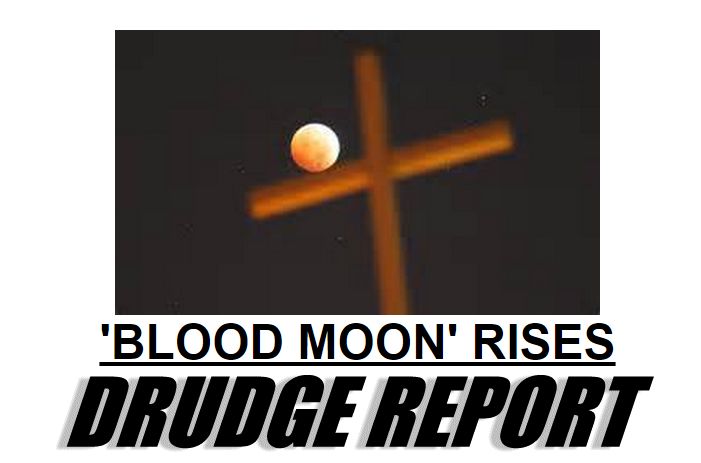 All of this attention on a shadow is taking significance away from the “light of the world” (John 8:12). Too many people are fixed on the end of history rather than on the One who made history nearly 2000 year ago on the cross of redemption and the empty tomb. When the dust settles, and nothing predicted happens, how many people will drift away from the faith after another prophetic false alarm?

How many people will discard the Bible as a fraud because of the hype and hysteria of something that the Bible says nothing about? Is it any wonder that “there are just as many Americans skeptical of the Bible as there are engaged with the Bible”?

Decades of false predictions supposedly based on the Bible has done irreparable harm in that many people end up questioning the integrity of the Bible.