Frank Schaeffer, the son of Christian apologist, author, and social critic and reformer Francis Schaeffer (1912–1984), worked with his father on a number of high profile book and film projects in the 1970s (How Should We Then Live? and Whatever Happened to the Human Race?) that introduced pietistic Christians to a more full-orbed biblical worldview. But since his father’s death, Frank has been in a downward spiral into the void. Something snapped. Now he’s a stooge for the so-called Progressive Left.

In his book 2007 book Crazy for God, Frank describes his late father’s work as “a circus trick.”

Read more: “A Review of Frank Schaeffer’s Crazy for God”

The thing of it is, Frank wouldn’t have a career today if he couldn’t bash Christians. He cranks out anti-Christian barbs by the linear foot. There’s no real argument in his articles. In fact, he sounds as foolish as the liberals he skewered decades ago in his book A Time for Anger. He was angry then, and he’s angry now.

He has not listened to the biblical injunction not to let the sun go down on your anger (Eph. 4:26). Decades of anti-Christian anger can do terrible things to a person. You can see it in Frank’s face. 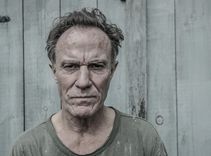 Frank’s latest rant is against the Evangelical publishing world for not publishing a pro-homosexual book. Here’s the title to Frank Schaeffer’s latest angry article: “Shame on the Homophobic Moral Cowards at Destiny Image Who Just Ripped Off Brandan Robertson.” The article begins with the following:

“Brandan Robertson is my friend. He interviewed me several times at the Wild Goose Festival. The world of faith and hope is lucky to have this brilliant, kind lovey refugee from Moody Bible Institute. Now he’s been screwed by the evangelical homophobic cowards. To hell with them. They put marketing above honor. A Christian book publisher has scrapped an author’s book deal – after he came out as queer.”

Now why would an evangelical publisher publish a book that goes against its operating worldview? Are we to assume that a secular publisher that promotes same-sex marriage and the moral equivalency of homosexuality and heterosexuality would publish a book like Dr. Michael L. Brown’s book A Queer Thing Happened in America? In fact, “[t]hough Dr. Brown has published with major publishers before, no prominent secular or Christian publisher was willing to go near this new book, with the consensus being that the title needed to be changed and that the contents of the book were too controversial.”

Dr. Brown didn’t whine. He published it himself, and it’s gotten a lot of good reviews.

I’ve had experience with trying to get books published. It’s not easy. Frank knows the publishing business. He knows that publishers have to sell the books they publish. He knows that most books never make any money. It’s often a crap shoot. The best sellers pay for the failures.

A publisher isn’t going to publish a book that it knows it won’t be able to sell. Destiny Publishers knows its audience, and it’s not pro-homosexual.

For all his condemnation of Destiny Publishers, in 1984, Frank Schaeffer worked overtime to get Christian publisher InterVaristy Press to stop the publication of D. Gareth Jones’ book Brave New People because of its weak stand on the abortion issue. Here’s how Jones describes what happened:

“Franky Schaeffer described the book as an ‘amalgam of dishonesty,’ containing ‘coercive, leftist, and pro-abortion ideas.’ He saw it as a ‘noxious dish of reviving the eugenics movement of death as a solution to social problems,’ employing ‘seductive liberal jargon.’ It was, he asserted, ‘a vehicle for the propaganda of the therapeutic abortion industry, dressed now in evangelical robes.’ On the basis of such an assessment, Franky Schaeffer suggested that it was time for IVP ‘to shut their doors,’ and that Christian booksellers should ‘re-evaluate [their] reason for stocking IVP books.”1

Don Nori of parent company Nori Media Group told TIME that “We did not reject or refuse [Brandan Robertson’s book]. As with all books, a publisher decides what is financially viable. We released the book back to the author with our sincere prayers for his success. This occurrence happens every season.”

“Hey, hey Don Nori, take your ‘prayers’ and the horse they rode into town on, and shove them, you smarmy hypocritical prig. You and all the evangelicals who turn their backs on real people because you are fakes – deserve the empty churches you’re helping to strip of compassion, reality and love.”

No one is stopping Brandan Robertson from publishing his book. He can publish it himself, start his own publishing company, or go to one of Frank Schaeffer’s publishing friends. I’m sure Frank would love to help with the continued moral debasing of American minds.

It’s time for Frank Schaeffer to grow up and stop acting the angry-man part. It’s embarrassing.