I don’t want to be viewed as someone who is attacking a woman who’s going through health struggles, but when someone uses their condition to advocate for a particular biblical position that has no basis in fact, something needs to be said. I wish Anne Graham Lotz well as she undergoes treatment for her cancer.

I’m afraid, however, that many Christians will get caught up in the emotion of her claims rather than taking a Berean approach to interpreting the Bible (Acts 17:11).

Lotz is the daughter of Billy Graham. Like her famous father and brother, Franklin Graham, she has quite a following among Evangelicals. Lotz has cancer. She claims that her cancer is linked prophetically to the nation of Israel.

Anne Graham Lotz has suggested there might be a deep significance attached to her battle against breast cancer, as it could be a warning sign that Israel is in danger of suffering a fatal attack. Lotz reasoned on her website … that she has long thought of herself and the modern state of Israel as “entwined,” given that both are 70 years old, with the latter having been established in 1948. The evangelist and author said she’s questioning whether “there is more to my cancer at the age of 70 than just a random coincidence.” (Christian Post)

She compares herself to the prophets Hosea and Jeremiah whose lives were turned into object lessons for Israel. This is the height of presumption that has no biblical foundation.

Lotz noted that she was born not only in the same year, but one week to the day of Israel’s establishment in May 1948.

“Could it be that God has given me a message for her that I am living out in my own experience?” she wondered.

There were people born on May 14, 1948, the day and year Israel re-established its national identity, who also have cancer and have a love for the people and nation of Israel. There is nothing in the Bible that supports such a tenuous correlation. In fact, the New Testament doesn’t say anything about Israel becoming a nation again. The Old Testament does, and in fact, Israel did become a nation against after its time of exile.

She continued: “Just as I have not been immediately and quickly delivered from cancer, will Israel also not be quickly delivered from her enemies as she was in the 1967 war? Just as I am having to fight the cancer with chemotherapy cell by cell, will Israel also have to fight her enemies region by region, village by village, street by street, house by house?”

This is bizarre. Israel has been fighting its enemies for centuries. She continues by claiming that she may be experiencing a personal warning that “Israel is in danger of a surprise attack in this, her 70th year.” 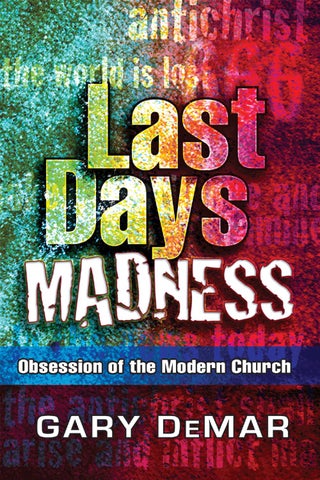 Hal Lindsey, in his 1970 mega-seller The Late Great Planet Earth, was sure that before 1988 – Israel’s 40th year – that a significant prophetic event was to take place called the “rapture.” He wasn’t the only one. Chuck Smith made a similar prediction. Hal Lindsey called that 40-year generation the “Terminal Generation.” Thirty years later, Lotz believes she is living in Israel’s terminal generation.

Thirty years have passed since the 1948-1988 timetable was established, and we’re still here and people are still making predictions:

In the past, Lotz hasn’t been afraid to make big biblical predictions, and in 2015 told CBN News that she believes Jesus Christ will return to Earth in her lifetime.

“I believe with deep conviction that is my generation,” Lotz said at the time.

“I was born just a week apart from the time when Israel was reborn as a nation [1948]. We are the same age. And I believe that if I live out my lifetime, a natural lifetime, I believe I will live to see the return of Jesus in the Rapture when He comes back to take us to be with Himself, which means preceding that there are going to be some signs. There are going to be some warnings.”

These types of prophetic pronouncements are not unusual for the Grahams. Her father, Billy Graham, wrote, “I do not want to linger here on the who, what, why, how, or when of Armageddon. I will simply state my own belief that it is near.”1. The books of the New Testament, all written before AD 70, proclaimed the time was “near” (Rev. 1:1, 3; 22:10; James 5:7-9; 1 Pet. 4:7). What did the word “near” mean nearly 2000 years ago? Does the word “near” have a different meaning today?

In a 2013 email interview, Billy Graham wrote, “There’s a great deal to say in the Bible about the signs we’re to watch for and when these signs all converge at one place, we can be sure that we’re close to the end of the age. And those signs, in my judgment, are converging now for the first time since Jesus made those predictions.” (WND)

As anyone who is familiar with the history of prophetic speculation knows, these types of predictions have been going on for nearly two millennia. I have a library full of books on the subject and file draws full of articles. In 2000, American Vision published Francis X. Gumerlock’s book The Day and the Hour: Christianity’s Perennial Fascination with Predicting the End of the World.

In addition to Billy Graham and Anne Graham Lotz, Franklin Graham has gotten on the end of the world bandwagon. James Dobson had Franklin Graham on his May 6, 2010 radio show to discuss anti-Christian measures coming from our government. Both Dobson and Graham saw prophetic significance in these events. They were claiming that the return of Jesus must be around the corner.

If this is the case, then why bother opposing and fighting against the turmoil in the world? Nothing can be done to change the inevitable. While Christians are predicting the end, the rest of the world is going about its business reshaping the way we will live. Can you imagine what would happen if Christians got fully engaged in what’s taking place in our nation?

Consider this from the producer of the reboot of the Left Behind film starring Nicolas Cage. Peter LaLonde told the Christian Post that he believes the world is currently living in the end times before the Rapture, the prophecy where believers are said to be taken from Earth to heaven at the Second Coming of Christ.” He went on to say:

It’s prophesied in the Bible and the Bible says that before the beginning of the tribulation which will be in the end times, which I have no doubt we are living in the end times so therefore it could happen tomorrow, that the church is going to be called home and caught up in the air and taken to heaven and that’s what this movie’s about. In 2001, I wrote a book in response to the Left Behind series: Left Behind: Separating Fact from Fiction.

All this talk about the end of the world is having an impact on Christians around the world. Millions see an inevitable end, the rise of secularism, and the galloping of Muslim hordes over the face of the earth. Their only hope is to be “raptured” from this world in the very near future. Is it any wonder that a two-percent homosexual community is rewriting our laws?

Prayer is a wonderful thing, but so is living out the full implications of the Christian faith. Don’t get caught riding in the end-of-the-world bandwagon. The road it travels on is filled with potholes.

Ricky Gervais and Stephen Colbert Debate the Existence of God