The Freedom From Religion Foundation is a disgruntled bunch of people. Not only do these despise religion, in particular Christianity, but their particular hostility that’s become an obsession has made them soft in the head.

It seems that Sen. Marco Rubio (R-FL) committed an unpardonable atheist sin. Yes, atheists have their own list of misdeeds. One of them is, “Thou shalt not quote a Bible passage if you are a civil official.” And where do they find this law? They made it up.

Sen. Rubio has been tweeting Bible verses. The FFRF believes that this is unconstitutional, and they said so in a letter to Sen. Rubio:

We protect the constitutional principle of separation between state and church, and educate the public on matters relating to nontheism.

We understand that you have been tweeting bible verses from @MarcoRubio to nearly three million followers. It appears that you began tweeting the bible in mid-May and have been doing so regularly ever since. This is not an errant bible verse or two, but more than 60 bible verses in three months. That’s enough verses to tweet the entire Book of Jude. Twice. One of the most recent verses, tweeted during the eclipse, appears to suggest that the eclipse is the work of god, quoting Exodus 10:21.1. …

Of course, we have no issue with people reading and discussing the bible. The road to atheism is littered with bibles that have been read cover to cover. But it is not for the government in our secular republic to promote one religious book over others or to promote religion over nonreligion.

Doing so violates the Establishment Clause of the Constitution. …

If the law and your oath to uphold the Constitution are not sufficient to convince you to stop, perhaps you might consider reading Matthew 6:5-6, in which Jesus condemns public prayer as hypocrisy in his Sermon on the Mount. None of Jesus’s supposed words mentions Twitter — perhaps he wasn’t that prescient — but the condemnation of public piety is reasonably clear.

First, the Constitution doesn’t say anything about the “separation between church and state.” The phrase is not found in the Constitution. The Framers could have used the phrase since it was well known.

Second, even if the First Amendment was about establishing a separation between church and state it would not apply since Sen. Rubio is not a church. His liberty regarding religion is not canceled because he is an elected official. He is not using the authority and power of the State to force anyone to believe anything. The FFRF wants to use the power and authority of government to curtail the liberty of people to express their religious beliefs.

Third, the First Amendment is directed at Congress as a legislative body:

Congress shall make no law respecting an establishment of religion, or prohibiting the free exercise thereof; or abridging the freedom of speech, or of the press; or the right of the people peaceably to assemble, and to petition the Government for a redress of grievances.

If a Senator is prohibited from expressing his religious beliefs, then he must be prohibited from the freedom to speak, assemble, and “to petition the Government for a redress of grievances.”

Fourth, the FFRF argues that tweeting a Bible verse “violates the Establishment Clause of the Constitution.” Citing a Bible verse is not an establishment of religion; it’s the “free exercise thereof.” To establish a religion, Congress would have to enact a law establishing, for example, Anglicanism or Presbyterianism as the national religion.

Joseph Story (1779-1845), a Supreme Court justice of the nineteenth century and the author of the Commentaries on the Constitution of the United States (1833), offers the following commentary on the amendment’s original meaning: 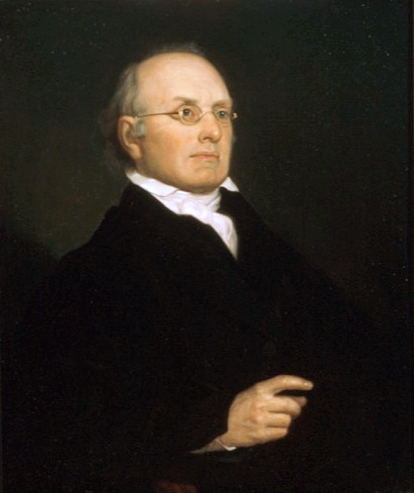 Joseph Story (1779-1845), Supreme Court Justice and author of Commentaries on the Constitution of the United States

The real object of the First Amendment was not to countenance, much less to advance Mohammedanism [Islam], or Judaism, or infidelity, by prostrating Christianity, but to exclude all rivalry among Christian sects [denominations] and to prevent any national ecclesiastical establishment which would give to an hierarchy the exclusive patronage of the national government.1

Fifth, the FFRF applies some sleight of hand by attempting to bolster its position by citing the Bible, in particular, Matthew 6:5-6 about public prayer. I thought the FFRF was upset with Sen. Rubio for quoting Bible verses. Anyone who has any knowledge of the Bible would know that Jesus quoted Bible verses for beneficial effect numerous times to make various points for his friends and enemies. There are loads of Bible verses in the Sermon on the Mount and the rest of Matthew’s Gospel and the other three Gospels.

The Freedom From Religion Foundation, as usual, is off the mark on history, theology, and logic.