My wife and I have been trying to find painted miniature toy soldiers for our oldest grandchild. We came across a set of Civil War soldiers that included Union and Confederate soldiers. There was something odd about what we saw.

This is a picture of the flag in the Confederate toy soldier tube that was being sold. It has 50 stars:

The Confederate states did not carry the US flag.

The image below is what the Army of Northern Virginia Confederate Battle flag (Southern Cross) looked like before the rewriters of our nation’s history applied pressure on the toy company to change it: 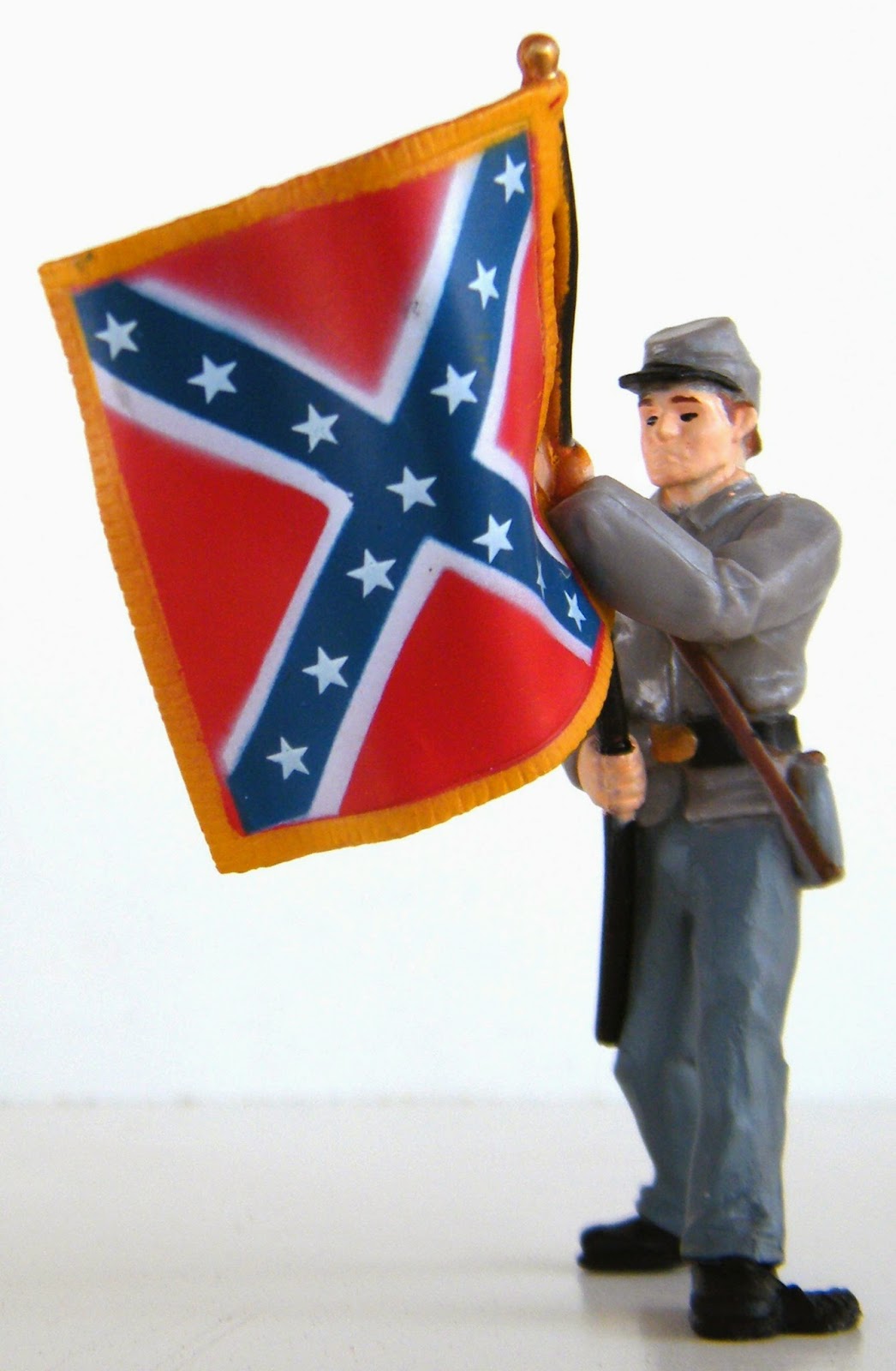 There are two reviews of the historical revisionism on the company’s site:

Hello, we were obligated by our customers, including museums and educational institutions, to make these changes to the Confederate Soldiers TOOB. Regardless, we have made the decision to discontinue this product as it is not a correct representation of the era in history. Once we exhaust our current inventory, we will not continue to produce this item. Again we appreciate you taking the time to advise us [of] your opinion and feedback.

Political correctness is being used to determine what parts of history are allowed to be portrayed. Presently, it’s symbols like the Confederate flag. The cover-up is so egregious that a flag that did not exist in the 1860s is substituted for a flag that did exist. Where does the deception end?

Winston asks O’Brien, “where does the past exist, if at all?”

‘In records. It is written down.”

“In the mind. In human memories.”

“But how can you stop people remembering things? […] It is [done] involuntarily. It is outside oneself. How can you control memory? You have not controlled mine!”

Replying to Winston, O’Brien says that “reality is not external” and only exists in the human mind, and nowhere else, and that nothing exists except through human consciousness. (Source)

But what if a generation of people are shut off from the past? What if they’re never taught the truth about the past? What then? Then truth can never exist in the human mind if it was never there in the first place. Truth becomes what other people tell you.

Margaret Macmillan quotes an episode which occurred in 2002 when a senior adviser of the White House said to journalist Ron Suskind that “we’re an empire now, and when we act, we create our own reality. And while you’re studying that reality – judiciously, as you will – we’ll act again, creating other new realities, which you can study too, and that’s how things will sort out. We’re history’s actors … and you, all of you, will be left to just study what we do.”1

The internet was considered to be an open portal for the study of truth until it became a place where truth is buried never to see the light of day. Winston Smith, the main character in 1984, “worked at the Truth Ministry where he ‘corrected’ records.'”

To those who want to sanitize history by erasing painful events from the collective memory, I would like to ask…Who gets to decide what can stay and what must go? Are statues the only objects subject to the censorship ‒ Or are paintings, historic sites, books, movies, music and plays also on the purge list? It seems they are. (Amac)