Are Russia, Iran, and Syria Headed for an End-Time Meltdown?

I’ve been listening to an interview that Brannon Howse had with pastor and author Andy Woods about his book The Middle East Meltdown. He, like so many prophecy writers today, believes Ezekiel 38 and 39 are about modern-day Russia and nations surrounding Israel that will lead to the deaths of billions of people. For Howse and Woods, war is prophetically inevitable.

Peace is impossible. This means that when Pres. Trump calls for the end of the US’s involvement in foreign wars, prophecy writers see such a move as evidence that the apocolypse is near.

For decades, portraying Russia as the end-time bad guy has been popular. For example, Glenn Beck brought up the Ezekiel 38–39 “Gog and Magog” prophecy a few years ago. Beck has formulated his views on the Ezekiel prophecy based on Joel Rosenberg’s books Epicenter (2006) and the novel The Ezekiel Option (2005) and interviews he’s had with him. In The Ezekiel Option, Rosenberg writes:

The journey that follows is fiction.

The prophecy upon which it is based is true.

The cryptic vision of a Hebrew scribe — writing twenty-five centuries ago — foretold one of the most horrific periods in the future of mankind.

Yet even today it remains one of man’s great unsolved mysteries.

Its central premise was once discussed in a speech before the U.S. Congress, and was believed to be both true and increasingly close at hand by one of America’s greatest presidents.

The president was Ronald Reagan. Like Beck, President Reagan was using very bad prophetic “intelligence.” There was nothing intelligent about it.

Like Rosenberg, Andy Woods argues that the Ezekiel prophecy is about Russia and Iran and other current Middle East players. There is no mention of either Russia or Iran in Ezekiel 38 and 39. Finding Russia is based in part on the use of the Hebrew word rosh (ראש‎). Rosh does not refer to Russia. Rosh means “head.” The first word in Genesis 1:1 includes the word rosh (בְּרֵאשִׁ֖ית): “In the beginning…” At the “head” of time.

The following is a list of Hebrew words where the word rosh is used. 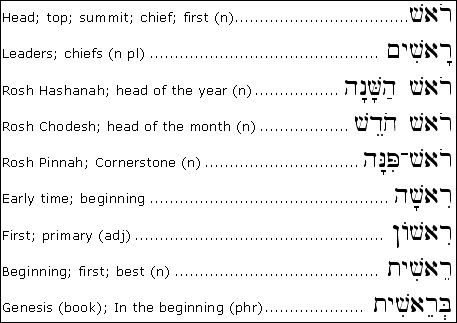 Benjamin Netanyahu is the “head” (ראש) or Prime Minister of the Israeli government as the podium shows: 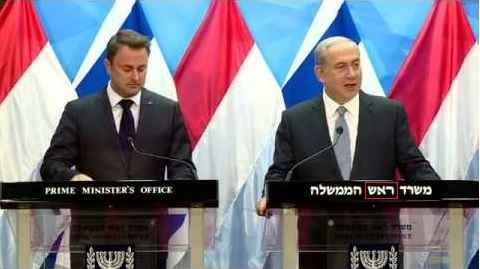 The reading of Ezekiel 38:2 should be read as “the chief (rosh) prince of Meshech and Tubal” (38:2; 39:1) and not the “prince of Rosh,” that is, the ruler of modern-day Russia. Charles Ryrie, author of the Ryrie Study Bible, acknowledges that rosh is not a proper name: “The prince of Rosh is better translated as ‘the chief prince of Meshech and Tubal.’” Ryrie, like Woods, was a dispensationalist, but he knew his Hebrew better than Woods.

Woods appeals to the Hebrew lexicographer Wilhelm Gesenius (1786-1842) but does not interact with other Hebrew scholars who disagreed with him in his day. I interact with Gesenius’ arguments in my book The Gog and Magog End-Time Alliance. 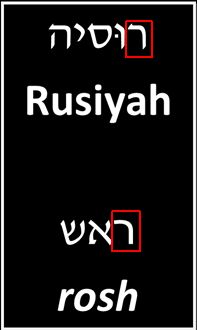 Then there’s the problem with the weapons used in this supposed end-time war with Israel. They are ancient weapons: bows and arrows, spears, clubs, shields (Ezek. 39:9) and chariots (39:20). The claim is often made that God was revealing modern-day weaponry in terms that Ezekiel and the people of his day could understand. Bows and arrows are said to be missiles and rocket launchers. Horses are “horsepower.” Chariots are tanks. All of this from interpreters who claim to interpret the Bible literally.

The way the so-called literalists like Lindsey, Rosenberg, and Woods interpret the prophecy, confuses everyone, the people in Ezekiel’s day and our day.

Sheba and Dedan and the merchants of Tarshish with all its villages will say to you, “Have you come to capture spoil? Have you assembled your company to seize plunder, to carry away silver and gold, to take away cattle and goods, to capture great spoil?”

He claims this passage refers to modern-day Israel, and yet he never mentions these specific commodities in his interview with Howse, but the Bible does. The following is a description of the spoils the Israelites brought back from their period of captivity among the Babylonians and Medes and Persians:

Every survivor, at whatever place he may live, let the men of that place support him with silver and gold, with goods and cattle, together with a freewill offering for the house of God which is in Jerusalem (Ezra 1:4).

Notice that the Ezekiel prophecy describes a time when the people were living in “unwalled villages” (Ezek. 38:11). Today, Israel is a nation of walls. In the book of Esther, we see that there were Jews who were living in relative peace in “unwalled towns” (Esther 9:19, KJV) when Haman conspired against them. The Hebrew word perazah is used in Esther 9:19 and Ezekiel 38:11. It’s unfortunate that the translators of the New American Standard Version translate perazah as “rural towns” in Esther 9:19 instead of “unwalled villages” as they do in Ezekiel 38:11. 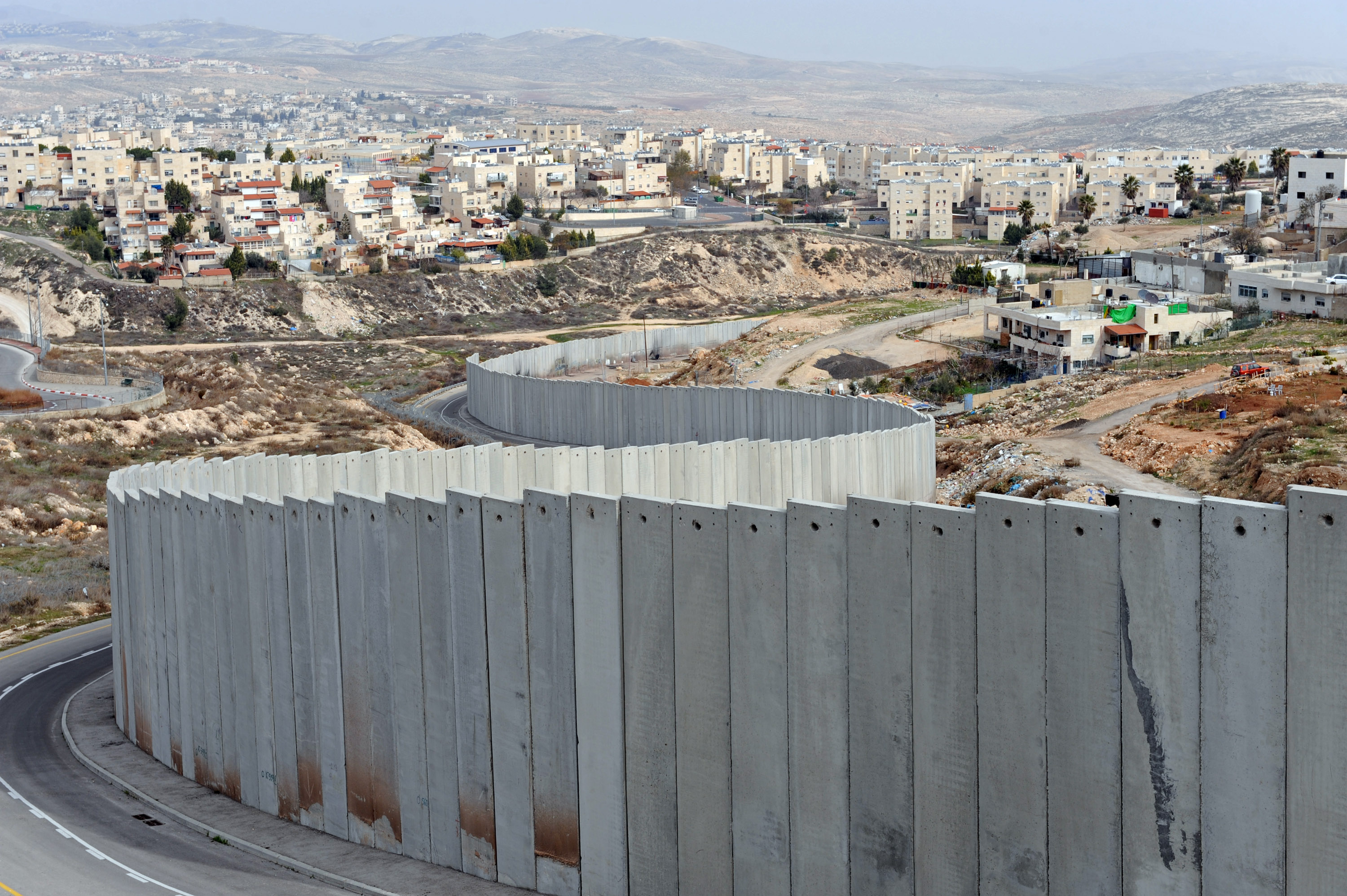 It’s obvious that Ezekiel is describing a future battle that was in Israel’s near future about 2500 years ago. The most likely fulfillment are the events surrounding the book of Esther.

“One late manuscript to Esther 3:1 and 9:24 refers to Haman as a ‘Gogite.’”4 Haman wanted to “destroy all the Jews, the people of Mordecai, who were throughout the whole kingdom of Ahasuerus” (Esther 3:6) but failed in the attempt.

For a thorough study of this topic, see my book The Gog and Magog End-Time Alliance. The end-time is not a reference to our day, but the time God judged Israel’s enemies. Haman (Esther 7) and his sons (9:10) were executed and the Jews rebuilt the temple and were reestablished as God’s covenant people. The New Testament does not say anything about a rebuilt temple or a future holocaust of the Jews, something Andy Woods and other dispensationalists believe and teach (Zech. 13:7-9).

What Mary Believed Politically About The Birth of a Savior

Are Russia, Iran, and Syria Headed for an End-Time Meltdown?