“Our federal debt is like slavery? Slavery was horrific, vile, a vile practice that was explicitly based on race. So it’s hard to avoid sounding racist when you make comparisons like that. This kind of talk has no place in our political debate. But Palin doesn’t seem to care. She only cares about throwing red meat to the right wing.”

There are many types of slavery: drugs, food, sex, prostitution, alcohol, etc. Governments can enslave people. The people in North Korea are slaves to the State. Communism is slavery. The Communists in Germany had to build a wall to keep people from escaping to freedom. The people were wards of the State. There are political slaves in the United States who vote for politicians who keep them enslaved through dependency programs. They are slaves who think they are free.

Debt is a form of slavery since it inhibits a person’s freedom. Palin said:

“Our free stuff today is being paid for by taking money from our children and borrowing from China. When that money comes due – and this isn’t racist – but it’ll be like slavery when that note is due. We are going to beholden to the foreign master. . . We’re not wards of the State but free men and women who can live good and productive lives without D.C.s appointed best and brightest telling us what to do.”

Sharpton is an ordained minister. This means he should be familiar with the Bible: “The rich rules over the poor, and the borrower becomes the lender’s slave” (Prov. 22:7). The apostle Paul wrote, “Owe nothing to anyone except to love one another; for he who loves his neighbor has fulfilled the law” (Rom. 13:8).  Indentured servitude is often the result of debt. “It was permissible to purchase men and women who voluntarily sold themselves into indentured service, but not to sell them (Exodus 21:2, Leviticus 25:39, 42, 45, Deuteronomy 15:12). Taking men and women and enslaving them against their will, or selling them into slavery, was expressly forbidden on pain of death (Exodus 21:16, Deuteronomy 24:7).” If biblical law had been followed, America never would have gotten involved in the immoral slave trade.

While the Thirteenth Amendment abolished chattel slavery, it did not abolish “involuntary servitude” if it was for the “punishment for crime whereof the party shall have been duly convicted. . . .” Restitution is a viable way for a person to pay off a property debt.

If slavery was explicitly based on race, as Sharpton maintains, then why did blacks enslave other blacks and sell them to British and American slave merchants? Money was the primary issue.

In the late 18th and early 19th century, Muslims enslaved American Christians, most of whom were white. The notorious Barbary slave trade is something that is not taught in today’s American history classes:

“It is estimated that between 1 million and 1.25 million Europeans were captured by pirates and sold as slaves between the 16th and 19th century. Reports of Barbary raids and kidnappings of those in Italy, Spain, France, Portugal, England, Ireland, Scotland as far north as Iceland exist from this period. Famous accounts of Barbary slave raids include a mention in the Diary of Samuel Pepys and a raid on the coastal village of Baltimore, Ireland, during which pirates left with the entire populace of the settlement. Such raids in the Mediterranean were so frequent and devastating that the coastline between Venice to Malaga suffered widespread depopulation, and settlement there was discouraged. In fact, it was said that this was largely because ‘there was no one left to capture any longer.’” 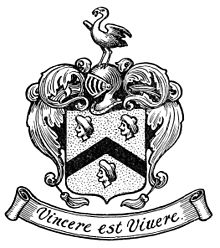 Captain John Smith (1580-1631), best known for his exploits at the Virginia Colony at Jamestown (1608-9), had previously been captured and sold at a slave market. “We all sold for slaves, like beasts in a market-place; where every merchant, viewing their limbs and wounds, caused other slaves to struggle with them to try their strength.” Smith’s coat of arms depicts the heads of three Turk’s heads and the motto Vincere est vivere (‘To Conquer is to Live’).

Sarah Palin is correct in linking debt to slavery. The nation that lends the money will one day be governed by the nation that’s owed the debt.

Why Should We Trust the ObamaCare Enrollment Numbers?

Duck Dynasty, Duck Commander Wines, and the Freedom to Discriminate